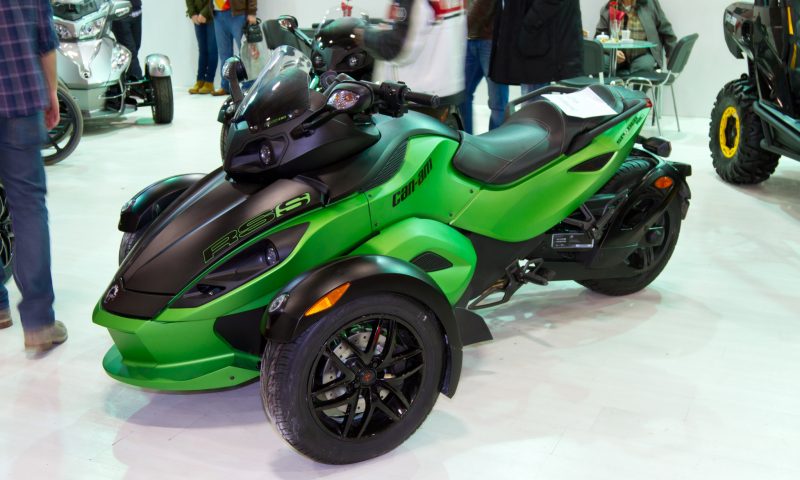 BRP (NASDAQ:DOOO) last issued its quarterly earnings data on Thursday, May 30th. The company reported $0.40 earnings per share for the quarter, topping the consensus estimate of $0.38 by $0.02. The company had revenue of $999.74 million for the quarter, compared to analysts’ expectations of $939.22 million. BRP had a net margin of 4.38% and a negative return on equity of 80.77%.

DOOO has been the topic of several other research reports. Zacks Investment Research lowered shares of BRP from a “hold” rating to a “sell” rating in a report on Thursday, February 14th. Goldman Sachs Group began coverage on shares of BRP in a report on Wednesday, April 24th. They issued a “neutral” rating and a $32.06 target price on the stock. Finally, Wells Fargo & Co upgraded shares of BRP from a “market perform” rating to an “outperform” rating in a report on Monday, April 8th. One investment analyst has rated the stock with a sell rating, two have issued a hold rating and eight have assigned a buy rating to the company. The stock currently has an average rating of “Buy” and a consensus price target of $32.06.
DOOO stock traded up $0.48 during midday trading on Thursday, hitting $31.72. The stock had a trading volume of 26,945 shares, compared to its average volume of 20,031. The firm has a market cap of $3.02 billion and a price-to-earnings ratio of 13.33. BRP has a 1-year low of $23.90 and a 1-year high of $55.41.

The business also recently disclosed a quarterly dividend, which will be paid on Friday, July 12th. Stockholders of record on Friday, June 28th will be issued a dividend of $0.074 per share. The ex-dividend date is Thursday, June 27th. This represents a $0.30 annualized dividend and a dividend yield of 0.93%. BRP’s dividend payout ratio is currently 12.61%.