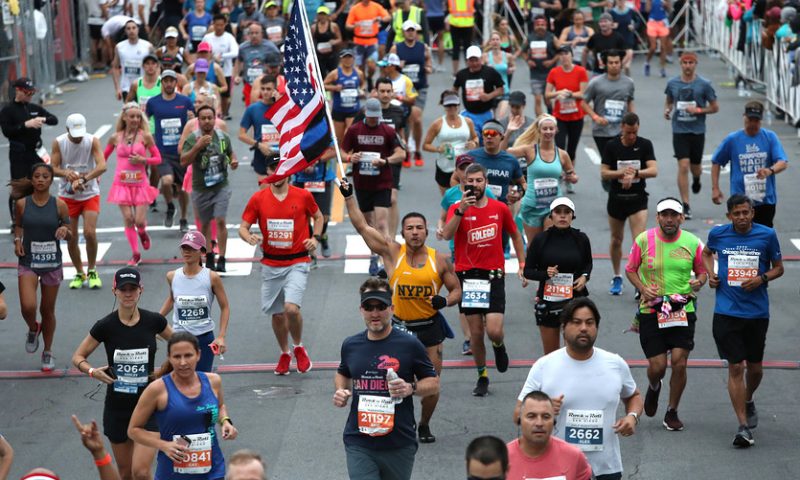 Equity futures are pointing to another day of gains Wednesday as investors continue to factor in signs that the Fed chief is open to an interest-rate cut. Of course, some would argue Powell didn’t come right out and promise anything, which raises the question as to whether investors might be getting a little too carried away.

“How much truth there was in the big rally for markets yesterday and how much was dramatized is open for question,” Deutsche Bank strategists Jim Reid, Craig Nicol and Quinn Brody told clients in a note.

Financial markets and investors have been increasingly looking for assurances that the Fed is ready to step in and head off a U.S. recession. Worrying economic data and worsening global trade disputes have led to expectations that the Fed could cut rates up to three times this year. Indeed, the World Bank on Tuesday forecast the slowest global economic growth in three years.

Here’s another question for investors: How much more can the stock market gain from future interest rates cuts? Our chart of the day from Barclays (h/t Die Welt’s Holger Zschaepitz) may have at least one answer.

The chart below lays out how the S&P 500 performed after nine separate interest-rate cuts by the Fed, between 1974 and 2007.

The data shows the index has gained an average 2.8% six months after a Fed cut, but stocks were actually weaker on four occasions. The index gained about 6.7% a year after a rate cut but stocks were lower in three of those rate-cutting years. Still, Barclays analysts said that while complacency may have left the market, that’s no reason to throw caution to the wind.

Later, we’ll get the Beige Book of economic conditions from the Fed, along with the second day of the central bank’s Chicago conference, featuring a speech from Fed Vice Chair Richard Clarida.

After dropping about 12% so far this year U.S. oil prices are starting to bottom out, but they aren’t there yet, says our call of the day from analysts at Commerzbank.

“The main selling pressure appears to have abated, though not to a sufficient extent as yet for prices to recover noticeably or, more important, lastingly,” Eugen Weinberg and the team told clients.

Oil got a lift Tuesday as investors piled into perceived riskier assets such as stocks and crude, but fell after the American Petroleum Institute reported U.S. crude supplies rose nearly 3.6 million barrels in the latest week. More closely watched data from the Energy Information Administration is due later, and analysts are expecting a drop of 1.7 million barrels.

Commerzbank analysts say signs of more U.S. supply would hurt oil, but add that we shouldn’t be surprised if a fall doesn’t help prices. Given current market sentiment, Commerzbank says any supply drop would need to be “pretty sizable.”

In the first face-to-face meeting between high-level trade negotiators since talks stalled last month, Treasury Secretary Steven Mnuchin will reportedly meet with Yi Gang, governor of the People’s Bank of China, at this weekend’s G-20 summit in Japan.

An activist investor has called for an independent investigation into how much power Facebook FB, +0.40%  CEO Mark Zuckerberg has over the social media company.

Shares of GameStop GME, -35.55%  are sliding after the retailer missed revenue forecasts. InflaRx shares are down 84% after the biotech delivered disappointing news on its skincare drug.

“I don’t think anybody reasonable is gonna come to the conclusion that Apple’s a monopoly. Our share is much more modest. We don’t have a dominant position in any market.”—That was Apple CEO Tim Cook, after reports the U.S. government may investigate his and other big tech companies. Speaking to CBS he said out-of-control fake news is the real worry these days.

This company could win big if the U.S. regulates Apple and Google