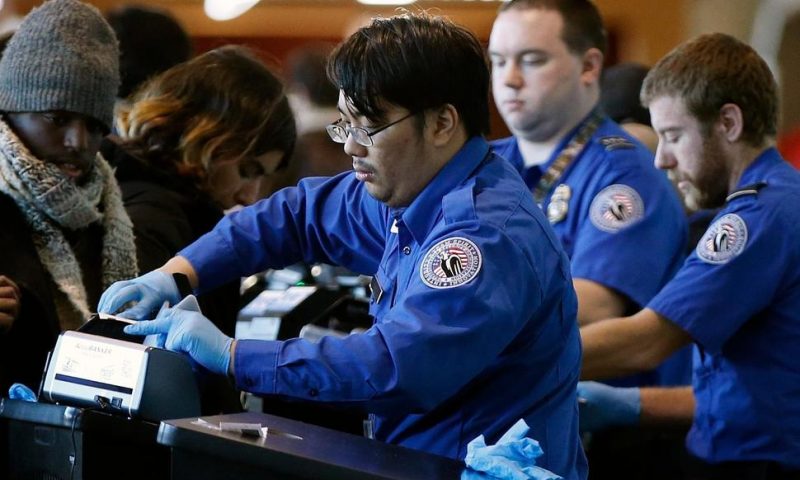 WASHINGTON — Lawmakers clashed Tuesday over the Trump administration’s move to send hundreds of Transportation Security Administration employees to the U.S.-Mexico border, and one airport official warned it could lead to long checkpoint lines this summer.

The TSA is asking federal air marshals, airport screeners and others to volunteer to support a buildup of federal agents along the border who are dealing with waves of migrants.

“It just goes to show what a crisis we have down on the border,” Rep. Debbie Lesko, R-Ariz., said during a hearing.

But the Democratic chairman of the House Homeland Security Committee, Bennie Thompson of Mississippi, said shifting airport workers to the border was “the contrived manufacturing of a crisis to the detriment of the TSA.”

Travel industry groups have expressed concern that the shift could leave airports understaffed during the peak summer season.

The movement of TSA screeners “has all airports very concerned,” said Lance Lyttle, managing director of aviation for the Port of Seattle, which operates Seattle-Tacoma International Airport.

“Significant diversion of (TSA officers) would reduce TSA’s ability to open all security lanes during morning peak this summer, which could result in lines out to our garage as often as four to five days per week,” Lyttle said.

TSA says it will move fewer than 1% of its 60,000 employees to the border and that security operations will continue uninterrupted.

The agency says employees who volunteer for border work will handle transportation, meal distribution and other tasks, but won’t perform law-enforcement duties.

US Home Sales Fell 0.4% in April Amid Limited Supply

F35-B Fighters Land in UK’s Cyprus Base for Training, Tests