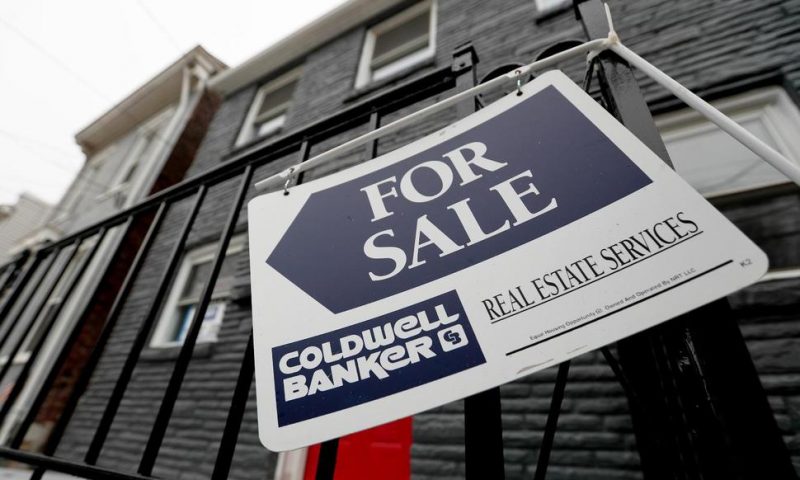 US home sales dropped 0.4% in April amid affordability and inventory challenges.

The National Association of Realtors said Tuesday that existing homes sold at a seasonally adjusted annual rate of 5.19 million last month, down from 5.21 million in March.

Home sales have struggled despite the solid job market and lower mortgage rates, conditions that are usually favorable for buyers. The jobless rate has fallen to a five-decade low of 3.6%, while the average 30-year mortgage rate has declined to 4.07% from 4.61% a year ago. But buyers are grappling with home prices that have consistently risen faster than wages for much of the past seven years, while construction and sales listings have not responded to pent-up demand from would-be buyers.

“The economy in April enjoyed a robust labor market, strong consumer sentiment and low mortgage rates — and was untouched by subsequent trade tensions with China,” said Matthew Speakman, an economic analyst with the real estate company Zillow. “Yet an inventory shortage persists, with a greater share of listings reporting price cuts and, in some months, sitting on the market longer, indications that the pace of existing home sales may continue to suffer or possibly recover slowly going forward.”

Sales have tumbled 4.4% from a year ago. The sales decline is entirely concentrated in homes worth less than $250,000, a likely reflection of a shortage of properties at those price points being listed for sale.

Homes are still selling at a brisk pace. The average property sold in just 24 days, the fastest pace ever recorded by the Realtors.

On a monthly basis, sales declined in the Northeast and South. They were unchanged in Midwest and improved in the West.

Inventories have improved, but there is still a lack of homes for sale by historical standards. There were 4.2 months’ supply in April, up from 3.8 months in March. The real estate market was generally considered healthy when the supply is closer to 6 months.

Still, there is the possibility that home sales could rebound in the coming months as the lower mortgage rates spur more offers from homes, said Tian Liu, chief economist at Genworth Mortgage Insurance.

“The slow turnaround is likely because lower interest rates have not been fully passed on to homebuyers who closed in April,” Liu said. “Homebuyers in subsequent months should see the benefit from lower rates, which could result in bigger sales increases as the year progresses.”