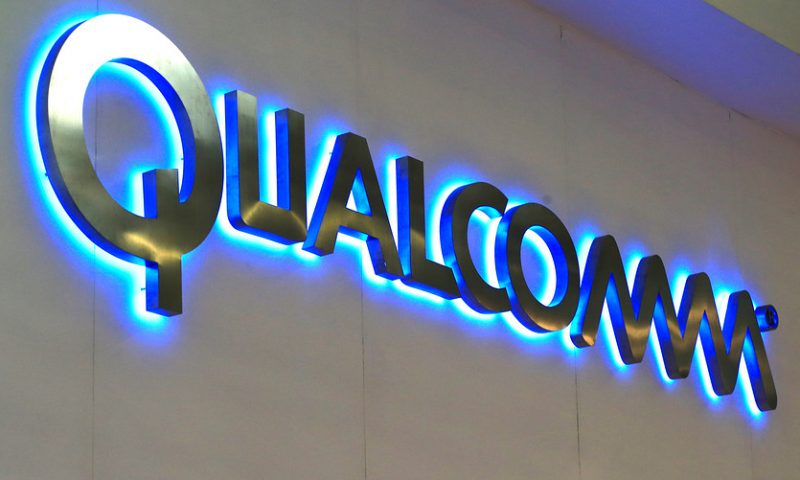 Short-sellers have been quick to bet against Qualcomm Inc. in the wake of its recent settlement with Apple Inc.

As Qualcomm shares QCOM, +0.28% have soared more than 50% on enthusiasm and relief over the settlement, short interest has swelled by 76%, according to S3 Partners, a financial technology and analytics firm. Qualcomm is now the third largest shorted stock in the semiconductor industry, behind Microchip Technology Inc. MCHP, -0.93% , and Advanced Micro Devices Inc. AMD, -2.97%

Qualcomm short interest stands at about $2.84 billion or 32.54 million shares, said S3 analyst Ihor Dusaniwsky, representing 2.7% of the company’s float. Short positions in Qualcomm have increased in April, even as short interest in the semiconductor industry more broadly has declined. Shares shorted increased by some 300,000 on Tuesday, the day before Qualcomm’s earnings report, as the stock dropped more than 1%. Short sellers in general are borrowing, then betting on a drop in the stock’s price with the assumption they can buy it back cheaper and keeping the profit.

Those short Qualcomm shares are currently down 27% in mark-to-market losses so far this year, per Dusaniwsky.

“A continued rally in the semiconductor sector and Qualcomm in particular may begin to force some short sellers out of their trade,” he wrote. “Short sellers may exit en masse if losses continue to mount or the rally shows no inclination of petering out.”

If shorts do decide to abandon their bearish calls, Dusaniwsky would expect more volatility in Qualcomm’s “already inflated daily trading volumes” as well as “unparalleled price pressure to the upside.”

Shorts face another big test on Wednesday, as Qualcomm Inc. prepares to report earnings. Analysts argued after the Apple AAPL, +4.91% settlement that Qualcomm shares had been “virtually uninvestible” while the company was embroiled in long-running litigation. At some point, investors will have to go back to trading Qualcomm’s stock based on business trends, but softness in the handset business might not be a key focus this time around, as Wall Street looks for more information about the Apple settlement on Qualcomm’s quarterly call.

Apple, for its part, said on its Tuesday earnings call that the two companies agreed not to share the financial terms of their agreement.