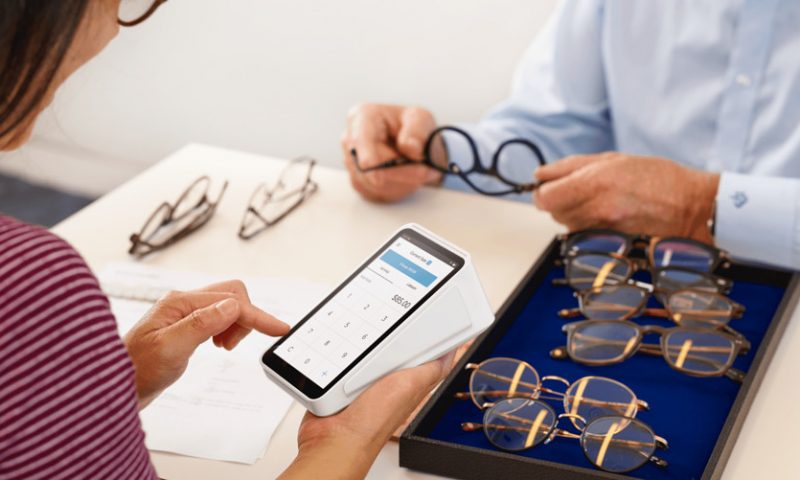 Square Inc. shares were down 5.5% in after-hours trading Wednesday, after the company missed on payment volume and disappointed in its second-quarter outlook, even as it topped analysts’ estimates for revenue and profit.

The San Francisco-based financial company expects to continue investing in its business as the year goes on, putting money behind omnichannel commerce, international expansion and the peer-to-peer Cash app, while contending with a slowdown in gross payment volume.

Square’s SQ, +1.10% gross payment volume grew to $22.6 billion, up from $17.8 billion a year ago, but fell short of the FactSet consensus for the second straight quarter. Analysts surveyed by FactSet had been modeling $22.8 billion in GPV.

The company said that 51% of volume came from larger sellers, or those doing more than $125,000 in annual GPV, which was the same proportion of volume from these sellers as Square saw in the December quarter. Chief Executive Amrita Ahuja told reporters on a media call that large sellers are more inclined to use Square services such as invoices and developer tools, which are growing at faster clips than Square’s GPV.

The Cash app helped boost Square’s subscription and services segment, which grew revenue by 126% to $219 million. Overall adjusted revenue, which is net of transaction expense and bitcoin expense, climbed to $489 million from $307 million a year earlier and exceeded the FactSet consensus estimate, which called for $480 million.

Ahuja said on the media call that Square’s reinvestment in the Cash app was driving “outsize growth from a revenue perspective.”

The company disclosed in its letter to shareholders that the Cash app was one reason why marketing investments climbed 73% in the quarter.

Square continued to show growth in adjusted earnings, though it delivered a disappointing profit forecast for the current period. Adjusted earnings per share, or EPS, rose to 11 cents from 6 cents a year ago, coming in ahead of the FactSet consensus of 8 cents. For the second quarter, Square expects 14 cents to 16 cents in adjusted EPS, below the 18 cents that analysts had been modeling. The company’s revenue forecast of $545 million to $555 million also fell short, as analysts called for $557 million.

Qualcomm short sellers are out in full force ahead of earnings