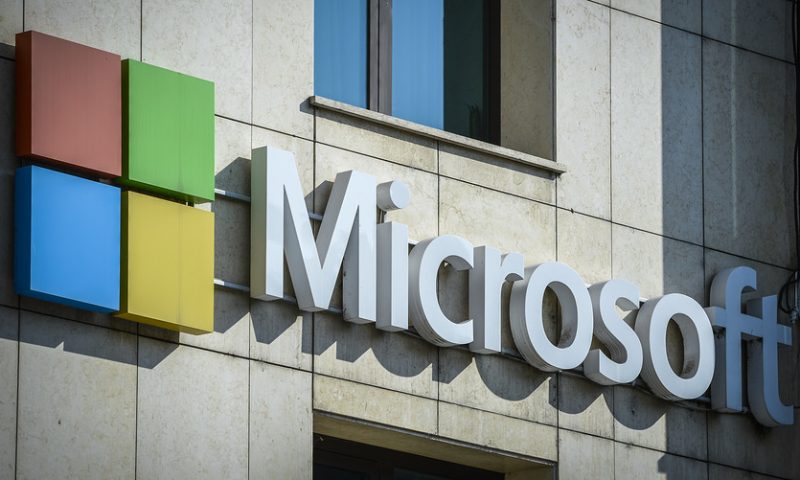 Microsoft stock gains more than 4% in after-hours trading, could become second U.S. public company to hit the mark after Apple

Microsoft Corp. shares rose in the extended session Wednesday, pushing the tech giant toward a $1 trillion valuation as cloud growth continues to boost the company’s finances.

Microsoft MSFT, -0.34% shares advanced 4.6% after hours, following a 0.3% decline to close the regular session at $125.01, which gave Microsoft a market cap of $959.1 billion. Microsoft needs to close with a share price of at least $130.50 for a market capitalization of $1 trillion, and was trading higher than that level in the extended session Wednesday.

Apple Inc. AAPL, -0.15% is the only public U.S. company to record an official $1 trillion valuation, and has been nearing that mark again of late, closing Wednesday with a market cap of $976.8 billion, according to FactSet. Amazon.com Inc. AMZN, -1.14% briefly crossed the mark in a single trading session last September, but has never closed a trading session at that level. Amazon had a market cap of $935.8 billion as of Wednesday’s close, according to FactSet.

Microsoft’s gains followed a fiscal third-quarter earnings report that included an outlook range that bookended Wall Street estimates while topping the analyst consensus for the quarter, led by strong gains in its cloud services. The company reported fiscal third-quarter net income of $8.81 billion, or $1.14 a share, compared with $7.42 billion, or 95 cents a share, in the year-ago period. Revenue rose to $30.57 billion from $26.82 billion in the year-ago quarter.

Analysts surveyed by FactSet had forecast earnings of $1 a share on revenue of $29.88 billion.

“Demand for our cloud offerings drove commercial cloud revenue to $9.6 billion this quarter, up 41% year-over-year,” Amy Hood, Microsoft’s chief financial officer, said in a statement. “We continue to drive growth in revenue and operating income with consistent execution from our sales teams and partners and targeted strategic investments.”