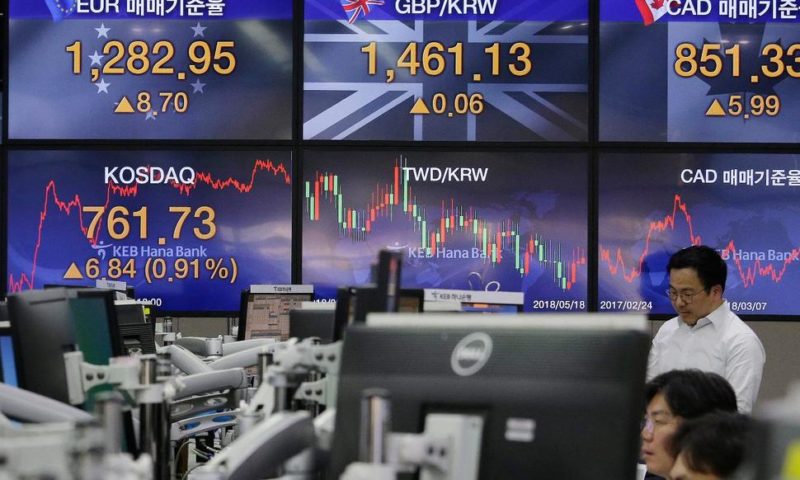 SINGAPORE — Asian markets were mixed on Thursday after China said its industrial output slowed in January and February, leaving traders waiting for assurances from Beijing.

The Shanghai Composite gave up 1.3 percent to 2,986.38. Shares fell Taiwan and Thailand but rose in Indonesia.

China’s industrial output grew 5.3 percent in the first two months of 2019 from the same period last year, official data showed Thursday. This was weaker than expected and the slowest pace of growth in 17 years.

But other numbers beat analyst’s expectations. Retail sales climbed 8.2 percent and fixed asset investment rose 6.1 percent in the same period. The National Bureau of Statistics combines readings for January and February to account for the Lunar New Year holiday, where many factories and businesses are closed.

“The mixed bag of numbers featured the industrial production miss most prominently, at 5.3 percent year-on-year against the 5.6 percent consensus,” Jingyi Pan of IG said in an interview.

“The focus would likely return to economic policies very soon and expectations for the raft of policies announced thus far to help shore up economic performance,” she said.

On Wall Street, stocks secured their third straight gain on Wednesday after health care and technology companies rose. Boeing dipped briefly, but ultimately finished slightly higher, as the U.S. joined much of the world in grounding its 737 Max 8 aircraft after a fatal crash in Ethiopia on Sunday.

Oil prices were boosted by a weekly U.S Energy Information Administration report showing that crude stockpiles fell by 3.9 million barrels from the previous week. This marked the second decline in three weeks.

Volkswagen to Shed up to 7,000 Jobs Through Automation