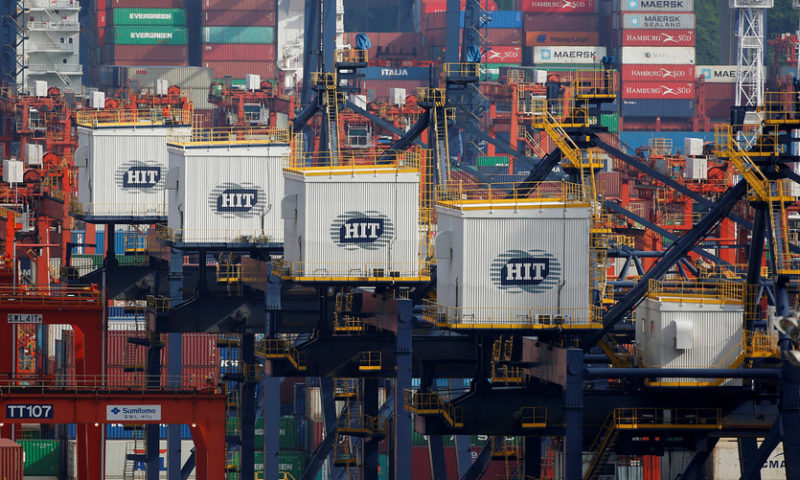 Asian shares were mostly lower Thursday as optimism about progress in trade talks between the U.S. and China started wearing off.

Disappointing economic reports, uncertainty over trade and fears of a slowdown in economic growth have been weighing on the market the past couple weeks.

“Regional stock markets will likely endure a tough start to the day following the dismal showing overnight by Wall Street. World growth and tariff fears are likely to be on investors’ lips and will cap rallies in stocks during the Asian session,” said Jeffrey Halley, senior market analyst at OANDA.

At times, the market has also drawn optimism over the prospects that the U.S. and China will resolve their trade dispute. U.S. and Chinese officials have hinted that some kind of agreement could be finalized by the end of March, with President Donald Trump and President Xi Jinping possibly meeting to formalize the deal at Trump’s private club in Mar-a-Lago, Florida.

Last year, Trump imposed a series of tariffs on Chinese goods in hopes of pressuring Beijing to support more favorable terms for the United States. In June, the White House levied import taxes of 25% on $50 billion of Chinese imports. It followed in September with 10% duties on an additional $200 billion.

Asian investors were also staying cautious ahead of a European Central Bank board meeting later in the global day.

Accepting bitcoin could create a grande headache at Starbucks

Stocks slide as global growth concerns move to the fore