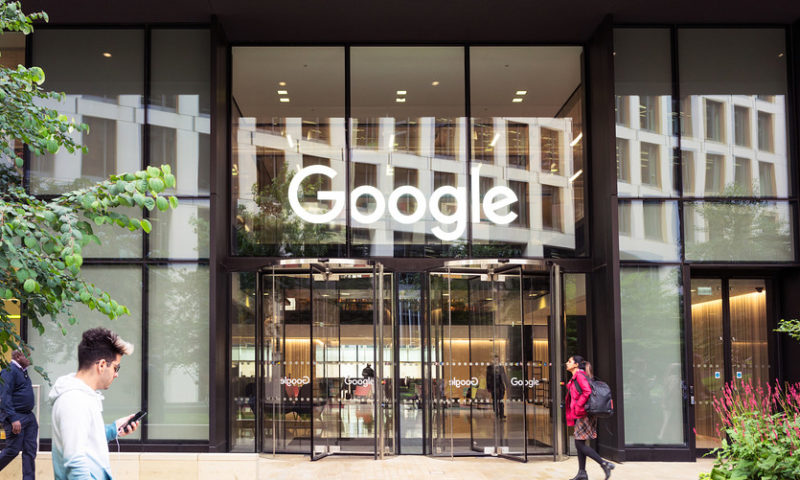 Shares of Alphabet Inc. are falling Tuesday after the company disclosed a sizable increase in spending, prompting a series of questions about the internet giant’s future.

Google-parent Alphabet GOOGL, -0.16% GOOG, -0.29% reported better-than-expected financial results on Monday afternoon, but concerns about the company’s expense outlook seem to be trumping those strong numbers. The stock was down 0.8% in midday trading.

For Guggenheim analyst Michael Morris, the latest quarter reignited several key debates about Google, including around the long-term trajectory of operating-expense expansion.

“As Alphabet continues to see a shift of its advertising business to mobile search, which carries higher [traffic-acquisition costs], and invests in R&D initiatives for growth — we anticipate a further contraction in profit margin for 2019 to 24.2%,” he wrote. Traffic-acquisition costs refer to what Google pays to steer search traffic to its service.

Morris also asks if Alphabet can beat expectations for the growth of its advertising segment, “and at what cost” such outperformance would require. Rising costs for YouTube content acquisition as well as a change in pricing mix from programmatic advertising are two areas, along with the move to mobile search, that Morris thinks could pressure Alphabet’s margins going forward. He rates the stock a buy with a $1,300 price target.

“Higher expenses for Other Bets is the latest variable challenging total profitability, and reinforces our cautious view on consensus margins,” wrote BMO Capital Markets’ Daniel Salmon, the only analyst tracked by FactSet who doesn’t have a buy rating or the equivalent on Alphabet’s stock. He rates the stock at market perform with a $1,100 target.

Several analysts argued that the company’s record of vague disclosures isn’t helping to fuel optimism around the stock. “The combination of opaque financial commentary with no official guidance, and a lack of spending discipline, paints a murky profit picture for 2019,” wrote Monness Crespi Hardt and Co. analyst Brian White, who has a buy rating and $1,315 target on the shares.

Morgan Stanley’s Brian Nowak chimed in as well on the topic. “Any stock pressure also reinforces how improved disclosure or transparency from Google could lead to material share-price appreciation,” he wrote. Nowak has an overweight rating and a price target of $1,500 on Alphabet’s shares.

At least 10 analysts dropped their price targets on the stock in response to the earnings report, according to FactSet, while at least two increased targets. Out of 45 analysts that track the stock, 44 consider it the equivalent of a buy, and the average price target Tuesday morning was $1,336.39, an 18% premium from the going rate, FactSet reported.

Toyota profit plunges even as sales hold up