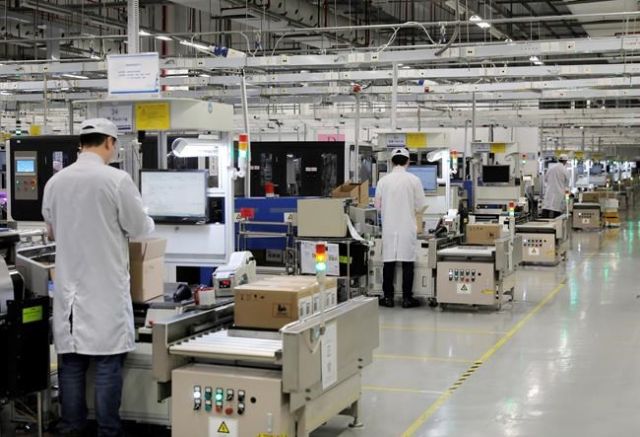 China called on the U.S. government on Tuesday to “stop the unreasonable crackdown” on Huawei after the United States stepped up pressure on the tech giant by indicting it on charges of stealing technology and violating sanctions on Iran.

The Chinese government will “firmly defend” its companies, a foreign ministry statement said. It gave no indication whether Beijing might retaliate for the charges against Huawei, China’s first global tech brand and the biggest maker of switching gear for phone and internet companies.

U.S. pressure on China is set to intensify further when intelligence chiefs brief Congress Tuesday on worldwide threats, which are expected to include Chinese cyberespionage and Huawei.

Huawei Technologies Ltd., which has spent a decade battling U.S. accusations it is a front for Chinese spying, denied committing any of the violations cited in Monday’s indictment.

The foreign ministry complained Washington has “mobilized state power” to hurt Chinese companies “in an attempt to strangle fair and just operations.”

“We strongly urge the United States to stop the unreasonable crackdown on Chinese companies including Huawei,” said the statement read on state TV. It said Beijing will defend the “lawful rights and interests of Chinese companies” but gave no details.

The charges unsealed Monday by the Justice Department accused Huawei of trying to take a piece of a robot and other technology from a T-Mobile lab that was used to test smartphones. Huawei passed Apple in mid-2018 as the second-biggest global smartphone brand after Samsung.

The U.S. charges included no allegation Huawei worked at the Chinese government’s direction. But the U.S. government has previously accused China of involvement in cyberspying and theft of industrial secrets. It has charged several Chinese hackers and intelligence officials.

Meng, the daughter of Huawei founder Ren Zhengfei, was arrested Dec. 1 in Vancouver, a development that set off a political firestorm between China and Canada.

China detained two Canadians shortly after Meng’s arrest in an apparent attempt to pressure Canada to release her. A Chinese court also sentenced a third Canadian to death in a sudden retrial of a drug case, overturning a 15-year prison term handed down earlier.

Huawei, headquartered in the southern city of Shenzhen, near Hong Kong, has rejected the U.S. accusations.