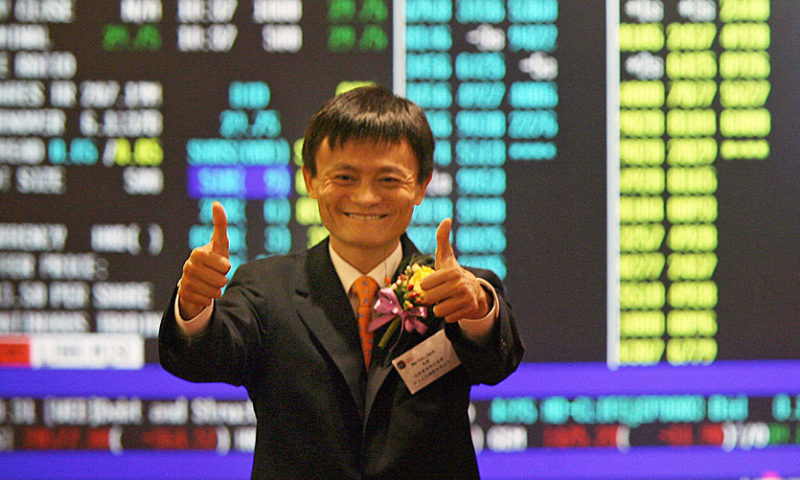 Alibaba Group Holding Ltd. is trying to make its oldest business more like its big moneymakers.

The Chinese e-commerce giant got its start as a glorified phone book for small companies that were looking for global suppliers and manufacturers, but that part of the business didn’t change much in two decades, even as Alibaba BABA, -0.57% innovated with its popular consumer marketplaces Taobao and Tmall. Now, the company is moving those marketplace features over to Alibaba.com, its business-to-business platform, in hopes of replicating the success it has had in e-commerce.

With the old Alibaba.com, small businesses would locate suppliers and then take their communications off the platform. Over the past year and a half, Alibaba has worked to bring those conversational tools in house, so it can play into more aspects of deal-making. Alibaba.com makes money by charging a registration fee to verified factories, placing sponsored listings in search results, and, increasingly, offering a menu of add-on services focused on payment processing, logistics, financing and other areas.

Though consumer-oriented platforms get most of the attention, Alibaba is hoping for a bigger piece of the far more massive b-to-b market. The U.S. International Trade Commission pegged the value of b-to-b e-commerce transactions at $23.9 trillion for 2016, according to last year’s World Trade Report. That figure is six times more than the value of business-to-consumer e-commerce transactions, estimated at $3.8 trillion.

Alibaba.com is now doing “billions of dollars a month in transactions,” said John Caplan, the president of b-to-b operations for Alibaba’s North America business, adding that this part of the business has witnessed triple-digit growth in transactions over the past 12 months. Alibaba.com sits within the company’s international commerce wholesale segment, which grew revenue by 10% in the fiscal year ended last March.

But b-to-b remains a small sliver of the overall Alibaba pie. The international wholesale segment brought in 6.6 billion RMB last fiscal year, or about $1.1 billion. That compares with $176.6 billion RMB, or about $28.1 billion, for Chinese retail commerce businesses, which include Taobao, Tmall, and newer efforts like Alibaba’s Hema grocery stores. Alibaba will report its fiscal third-quarter results on Jan. 30, before the market opens.

To this end, Alibaba helps with trade insurance, so that if goods don’t meet a client’s specifications, that client isn’t on the hook for any funds. And because Alibaba houses all communications between businesses, the company has a record of what’s been agreed upon by the two parties. That makes people more confident that they’re getting a fair deal, Caplan said.

“In the olden days, if you had the courage to trade cross-border, you had to Skype or WeChat, and there was no universal way to build a contract,” he told MarketWatch at CES earlier this month. Alibaba devoted the bulk of its booth space at the tech conference to showing off its recent b-to-b improvements, including a recently announced effort to digitize trade shows like CES itself, so that customers around the world who can’t make it to conferences can still connect with the businesses that exhibit there.

Another interesting element of Alibaba.com’s offering is a real-time translation that works with video chat, allowing users to see potential business partners as they’re speaking as well as an instant translation of what’s being said. Among the challenges of creating that service, according to Caplan: making sure the system could understand and translate relevant trade acronyms, such as MOQ (minimum order quantity) and LCL (less than container load).

The company is also wading into financing, through a recently announced partnership with fintech unicorn Kabbage that provides credit lines to U.S. buyers. Small businesses often struggle with working capital when conducting cross-border trade, since it takes time for products to get manufactured and shipped out so that they can be ready for sale, according to Alibaba’s Caplan.

The ability to quickly provide credit lines to eligible businesses via an automated process “creates a bond with the customer,” which keeps that customer coming back to Alibaba.com, Kabbage Chief Executive Rob Frohwein told MarketWatch.

Alibaba “is early in many China internet consumer and b-to-b service businesses,” Stifel analyst Scott Devitt wrote in a bullish note last fall. He currently has a buy rating and $175 price target on the stock.

Shares of Alibaba have dropped 18% over the past 12 months, amid concerns about tariffs and Chinese economic growth. The S&P 500 SPX, +0.85% has fallen 7% in that time.

Federal workers head back to work, should get back pay by Friday