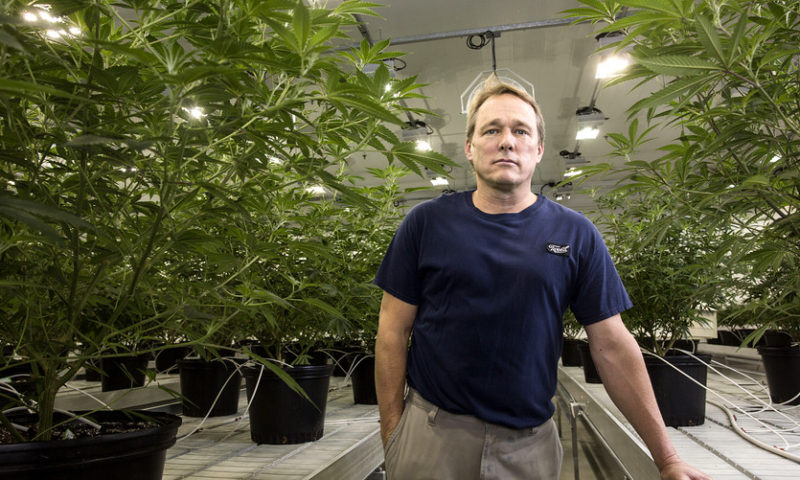 Canadian cannabis company Canopy Growth Corp.’s stock jumped 8% Friday after Piper Jaffray raised its price target on the stock by 50% and said the company is well-positioned in the emerging and growing markets for legal and medical marijuana.

Analysts Michael Lavery and Jeffrey Kratky raised their stock-price targetCGC, +9.66% WEED, +8.61% to $60 from $40 and reiterated their overweight rating on the stock. Piper is the latest firm to take a bullish stance on Canopy, which is viewed as one of the more promising companies in the sector, thanks to the $4 billion investment that it won from Corona beer maker Constellation Brands Inc. STZ, +1.22% last year. Armed with that war chest, the company is expected to have the cash needed to seal the deals and secure the licenses it will require to succeed.

“We believe the long-term growth can be significant — both from transitioning illicit trade to legal sales, medical sales, and from transitioning sales in health [and] wellness categories to CBD-infused products,” they wrote in a note. CBD is one of the nonpsychoactive ingredients in cannabis that are held to have wellness benefits.

‘Canopy has hemp-specific IP, cash reserves, and technical expertise that should position it well in the US hemp and CBD market. Though we do not yet have more specifics on its plans, we believe this tangible step into the US is a clear positive and makes us more bullish on its outlook for sustainable growth.’Piper Jaffray

Canopy’s recent success in receiving a legal hemp license in New York is “a tangible first step forward in the U.S. that points to the beginning of a long US growth trajectory,” said the note. The company has not yet selected a site but is expecting to invest up to $150 million in the Empire State. New York Gov. Andrew Cuomo unveiled a plan to legalize recreational marijuana last week.

“Canopy has hemp-specific IP, cash reserves, and technical expertise that should position it well in the U.S. hemp and CBD market,” the analysts wrote. “Though we do not yet have more specifics on its plans, we believe this tangible step into the U.S. is a clear positive and makes us more bullish on its outlook for sustainable growth.”

The company’s partnership with Greenhouse Juice Co. via its Canopy Rivers Venture Capital unit is another positive, said the note. Canopy is using a convertible-debt financing package to develop health and wellness beverages infused with CBD.

“While it is not clear if Greenhouse’s infused juices would be part of any U.S. launch, we expect lessons learned in the Canadian market could be applicable in the U.S.,” said the note.

While many companies are currently announcing plans to infuse CBD into everything from food to beverages to cosmetics and sell them in the U.S., the Food and Drug Administration has made it clear that there are still restrictions on the substance. While hemp was legalized in the new Farm Bill, CBD is still subject to FDA regulation and companies will need approval before they can use it.

Still, Piper is taking a more conservative view of the initial sales build in the Canadian recreational market. Since cannabis was fully legalized for adult use in October, the market has been hampered by shortages as growers struggle to meet demand and provinces realize their initial orders were too low.

The analysts are now expecting 10,000 kilograms sold for Canopy in the Canadian recreational market in its fiscal third quarter, down from a previous forecast of 14,000 kg. That is equal to C$87 million ($65.3 million) in sales.

Tesla’s first downgrade of the year comes down to this