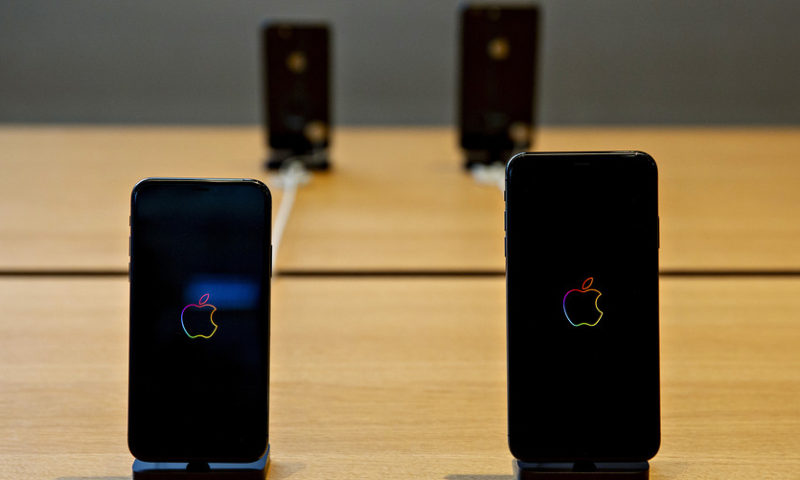 With iPhone sales flagging, Apple needs a big new offering to excite its base

Apple’s coming earnings report could be the first chapter in an increasingly boring story.

There’s less drama than usual going into the smartphone maker’s fiscal first-quarter report on Jan. 29, given that Apple warned at the beginning of the year that its revenue would fall significantly short of a previously issued forecast. Apple AAPL, +3.31% also announced in its last earnings report that it would stop reporting how many iPhones it sells, which has long been a key metric for investors.

Apple’s outlook for the ongoing quarter is always of interest, but the company isn’t necessarily forthcoming when discussing big-picture trends. Management completely dismissed China risk during its last earnings call in November, only to blame China for the revenue miss when it issued preliminary numbers two months later.

The company is clearly trying to shift its story toward the faster-growing services segment and away from the more troubled hardware business. Apple framed the loss of the unit-sales metric as a bit of a trade-off for investors, since the company will, for the first time, start reporting services gross margins instead. But true service-oriented businesses report figures like churn levels and unique-user counts, things that will almost certainly be absent from Apple’s next report.

Even the traditional services numbers that Apple posts will merit a watchful eye: As The Wall Street Journal recently noted, a change in revenue-recognition accounting muddied Apple’s preannouncement about its services revenue for the December period. The new accounting standards, coupled with limited disclosures at the time of Chief Executive Tim Cook’s Jan. 2 letter to shareholders, disguised what should have been a miss on services revenue for the company in the fiscal first quarter.

For Apple to get investors excited again, it likely will need to make a big announcement about a new product or service that has the potential to reshape its course. This may be in the form of hardware—such as an augmented-reality device—or a fundamental change to its business model, such as a bundled hardware and software subscription that takes advantage of the company’s growing investment in original content.

The company doesn’t make such announcements on its earnings call, but management might drop some hints about future plans during the question-and-answer portion if it feels pressure to make the start to this era of Apple more exciting than expected.

Earnings: Analysts surveyed by FactSet expect Apple to report $4.17 a share in earnings, up from $3.89 in the year-earlier period. The FactSet consensus called for earnings $4.66 a share before Apple’s warning about its results in early January.

The company’s outlook for the current quarter may be the most important number of coming report. “With the stock close to where it was ahead of the preannouncement, Apple likely needs to deliver a better-than-feared revenue outlook for shares to recover further in the very near term,” wrote Morgan Stanley’s Katy Huberty, who rates the stock at overweight with a $211 target price. Analysts surveyed by FactSet currently expect $59.3 billion in March-quarter revenue on average.

Stock movement: Apple shares have gained following six of the company’s last 10 earnings reports. The stock has dropped 29% over the past three months, including a 10% drop on the day after Apple’s negative preannouncement. The Dow Jones Industrial Average DJIA, +0.75% of which Apple is a component, is near flat over a three-month period.

Of the 41 analysts surveyed by FactSet who cover Apple, 20 have buy ratings and 21 have hold ratings on the stock. The average price target is $179.62, 18% above current levels.

The biggest component of Apple’s earnings call will be management’s commentary about the challenges experienced in emerging markets and how the company is viewing them for the current quarter and beyond. In regards to China, Cook cited trade tensions, an economic slowdown and uncertainty in the financial markets as reasons why consumers were more hesitant with their purchases. Investors will want an update on the situation, expected timing of a recovery, and any steps Apple is taking to compensate for these external factors.

Bernstein analyst Toni Sacconaghi will be looking for more information about whether Apple’s problems are “due to cyclical, structural, or nationalist factors.”

Executives might also share more details about other emerging markets, including India, Brazil, and Turkey, which were experiencing pressure back in November due in part to currency headwinds.

“China only appears to account for half of the iPhone’s shortfall in Q1,” wrote Sacconaghi, who has a market-perform rating and $160 target price on shares.

Of course, Wall Street will also want to know about domestic iPhone demand, though they might not get much information. Cook told investors during the beginning of the prior iPhone cycle that the iPhone X was then the company’s best-selling device, and it will be worth parsing his comments this quarter for any qualitative indicators of how the iPhone XR and iPhone XS Max are doing.

Canaccord Genuity analyst T. Michael Walkley expects the company to deliver a “soft” outlook for its March quarter, as Canaccord’s consumer surveys suggest “tepid” iPhone sales. He rates the stock a buy with a price target of $190.

Also related to iPhone demand is the company’s battery-replacement policy. After customers complained that the company was slowing down older phones, Apple began offering $29 replacement batteries. Now some on Wall Street are worried that these cheap replacements stopped users from upgrading their devices in the current cycle, and analysts may press for more information on the conference call.

“If Apple could normalize battery replacement costs (currently $49 versus $29 initially and $79 before the launch of the program) ahead of the new phone launch, we think this could benefit the new cycle especially as comps gets easier,” wrote RBC Capital Markets analyst Amit Daryanani, who has an outperform rating and $185 target price on shares.

From a services perspective, look for commentary on the App Store’s performance in China, as a government-ordered freeze on new game approvals toward the end of last year was thought to have a potential impact on app-related spending.

Bernstein’s Sacconaghi isn’t worried about pushback from several key App Store customers around the so-called Apple Tax, which gives the smartphone maker a 15% to 30% cut of revenue generated from apps downloaded through the App Store. Netflix Inc. NFLX, +3.48%  and Spotify Technology SA SPOT, +1.48%  are among the app operators in “revolt,” but Sacconaghi pointed out that even the highest-generating app on the platform only accounts for a small sliver of overall services revenue. And those that push back against Apple’s policies on in-app purchases are still subject to the company’s fees for existing customers.

Following reports of layoffs in Apple’s self-driving unit, analysts may ask for an update on the progress and scope of Apple’s automotive efforts.