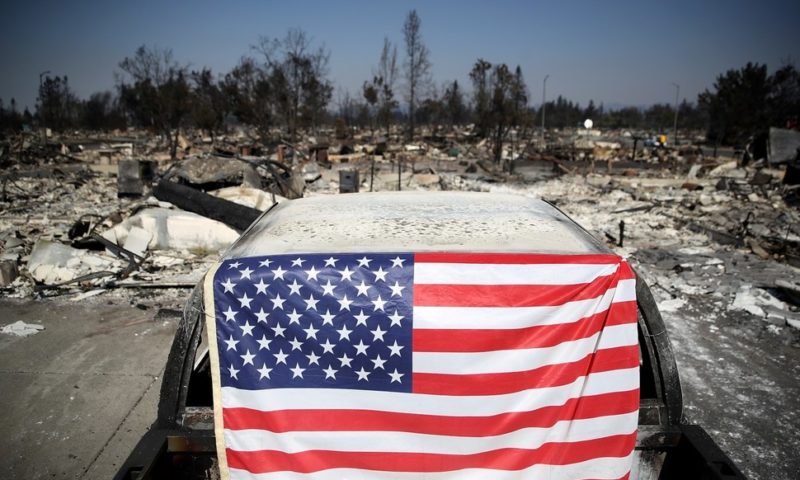 A report by the Government Accountability Office called on federal agencies to prepare for how climate change may fuel conflicts.

A FEDERAL WATCHDOG THIS week called on the the State Department to once again start planning for how warming temperatures, rising seas, severe droughts and other impacts of climate change will drive human migration.

Since President Donald Trump took office in 2017, three agencies charged with predicting and preparing for new developments overseas – the State Department, the U.S. Agency for International Development, and the Defense Department – have stopped accounting for how climate change may fuel migration and, in turn, conflict, the Government Accountability Office said in a report Thursday.

The moves came at Trump’s direction: upon assuming office, the president rescinded executive orders and memoranda by President Barack Obama that had instructed federal agencies to prepare for various impacts of climate change.

“There were actions taken to mitigate migration due to climate change in the prior administration, they were walked back under this administration,” says David Gootnick, director of international affairs and trade at the Government Accountability Office. “If they remove the guidance on how to incorporate climate change-related risks into those countries’ strategies, it’s much less likely that they’re going to do so and much less likely to do the planning that was signaled by the executive orders.”

The State Department, which reviewed a draft of the report, said that it would begin allowing agency programs to include “additional information on climate resilience and related topics,” the GAO said.

Repeated studies, including most recently an October report by the United Nations, have sounded alarms that climate change will reshape where and how humans live and migrate.

“The paper makes a strong case for the first link in their causal chain,” Martin Hoerling, then a meteorologist at the National Oceanic and Atmospheric Administration, told the New York Times, “namely the human interference with the climate so as to increase drought likelihood in Syria.”[

Such a connection between climate change and migration and conflict has since become a source of growing study and debate. Another paper last year analyzed 100 such studies on the connection between climate change and human conflict and cautioned that much of the research so far “overstates the links between both phenomena.” However, the United Nations in its climate change report last fall pointed to one potential distinction that may prove crucial: Environmental harms that unfold over a long period may be more likely to provoke conflict than short term disasters like wildfires or floods, no matter how destructive those latter events might be.

Though agencies like USAID have found indirect ways to address the consequences of climate change, such as by using funding for water projects to help farmers and ranchers in Ethiopia adapt to warmer temperatures and larger droughts, there is no larger guidance to help steer broader efforts to address global warming.

“Without clear guidance, State may miss opportunities to identify and address issues related to climate change as a potential driver of migration,” the GAO report said, referring to the State Department.

The report came at the request of Senate Democrats. Since the results, the lawmakers have requested a follow-up study looking at how climate change resilience is incorporated into U.S. foreign aid.

2018 Was The Hottest Year for Oceans, Study Says