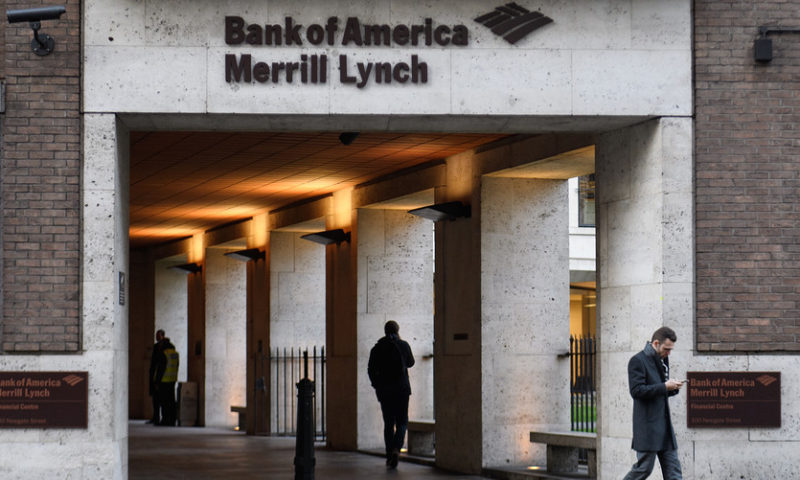 U.S. stocks rose for a second straight session Wednesday as investors cheered mostly positive earnings from financial institutions such as Goldman Sachs Group and Bank of America Corp. even as Wall Street continued to deal with uncertainty from a partial government shutdown.

Investors were cheered by quarterly results from Goldman Sachs Group Inc. GS, +9.54% which produced earnings and profits that topped expectations on the back of healthy mergers and acquisitions.

In the early innings of the earnings season, corporations have communicated their confidence in domestic expansion via their outlooks. That trend continued Wednesday after Bank of America Chief Executive Brian Moynihan said in a statement accompanying the earnings release that “we see a healthy consumer and business climate driving a solid economy.”

This upbeat view was supported by the Beige Book, which showed eight out of 12 Federal Reserve districts reporting modest to moderate growth. However, the degree of optimism appears to be waning, in part due to financial-market volatility and rising interest rates.

News that federal prosecutors have launched an investigation into China’s Huawei Technologies Co. for allegedly stealing trade secrets from U.S. companies broke late in the day and may have an impact on the market going forward at a time when U.S. and China are working to resolve a protracted trade war.

U.K. Prime Minister Theresa May’s government survived a vote of no-confidence in parliament, a day after her proposed Brexit plan was overwhelmingly rejected by lawmakers. The defeat, 432 against compared with 202 in favor, was the largest margin of defeat by a sitting British government since the 1920s, and throws into doubt the country’s plans to exit from the EU without disrupting global markets.

Investors will also continue to weigh the implications of a protracted, partial government shutdown, which has now stretched to a record 26th day. While markets have largely shrugged off the drama unfolding in Washington, economists warn that the longer the impasse lasts, the greater the effect on the economy will be.

The cost of imported goods fell for the second month in a row, declining by 1% in December, the Labor Department reported Wednesday morning.

Home-builder confidence rebounded from a three-year low in January, as the National Association of Home Builders index rose to 58, beating economists expectations of 57, according to an Econoday survey.

“The market is where it should be,” Bob Doll, senior equity strategist and portfolio manager at Nuveen, told MarketWatch. “Earnings so far have been mixed, but skewing positive,” he said, adding that management commentary has been “fairly optimistic so far.”

But with a year-end target for the S&P 500 of between 2,650 and 2,750, “the easy money is in the rearview mirror,” he said, predicting that even if a strong fourth-quarter earnings season pushes stock prices beyond those levels in the near term, the medium-term risks to the economy from slowing growth abroad, rising rates and dysfunction in Washington will soon usher in the return of elevated volatility.

Mark Newton, independent market analyst at Newton Advisors, wrote that the “S&P [is] likely to face strong overhead resistance between 2,630-2,640 between Wednesday-Friday of this week. Reversals of trend look likely technically, and one should consider using strength Wednesday to flatten out and/or adopt hedges for an above-average chance of a drawdown into next week.”

Sears Holdings Corp. SHLDQ, +55.76% shares soared 56% after Chairman Eddie Lampert prevailed in a bankruptcy auction for the struggling department store chain with an improved takeover bid of roughly $5.2 billion, according to reports.

Nordstrom Inc. JWN, -4.76% dropped 4.8% after the retailer said Tuesday that its full-year fiscal 2019 earnings would be at the low end of its previous guidance, citing weak holiday sales.

Shares of Charles Schwab Corp. SCHW, +5.54% rose 5.5% after the brokerage beat Wall Street estimates for earning and revenue in the fourth quarter.