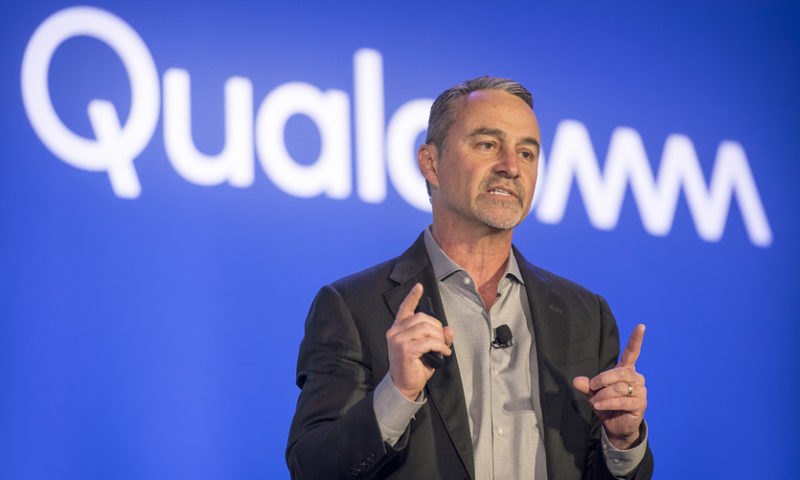 Instead of continuing to focus solely on full autonomy, large tech companies are selling smarter ADAS systems to generate revenue

Two years ago on the main stage at CES, Nvidia Corp. Chief Executive Jensen Huang proudly proclaimed that his company’s technology would lead to Level 4 autonomy — basically full self-driving — on the market by 2020.

As 2019 dawned, Huang’s big news at CES was a “Level 2+” system — a designation that doesn’t actually exist — that Nvidia NVDA, -1.80% called “Autopilot,” the same name Tesla Inc. TSLA, -1.51% uses for its autonomous system. It was one of many announcements that focused on new systems that aim much lower on the accepted scale for autonomy than what was being discussed in previous years at the giant Las Vegas trade show.

Despite efforts to pitch them as more, these approaches are advanced driver assistance systems, or ADAS: a smarter collection of offerings that auto makers have offered in recent years such as adaptive cruise control, automatic braking and lane assist, but which requires an always alert driver. This middle ground offers benefits on both sides: Cars can be made safer thanks to the technology that has already been developed as engineers aim for fully autonomous cars, while tech companies could finally start to realize a substantial financial return from their years of research and development.

“First, solve the problems that you can solve today that can be digested by the consumer particularly in the car, and have longer range plans in autonomy,” Qualcomm Inc. QCOM, +1.23% automotive executive Patrick Little said in summing up the current state of autonomous development during an interview with MarketWatch. “I think several of our competitors have shown up to the party about three or four years early and they’re all dressed up in their tuxedo waiting with their technology, but the industry isn’t ready for that.”

“It’s like OK, the party’s over here by the way and we’re all wearing jeans,” he added later to complete the analogy.

The disconnect between the approach to autonomous cars at CES in previous years and the systems that many tech companies and auto makers announced this year was “a bit strange,” but reflected reality, according to Edmunds analyst Jessica Caldwell.

“A lot of the goals a few years ago were by 2020, and I feel like we should have seen some very tangible products [this year], but we’re not there yet,” said Caldwell, the executive director of industry analysis at Edmunds.

”I feel like CES was kind of pie in the sky for a few years, but now they’re showing the reality of the situation in the here and now.”

The change appears to be a result of years of communication between tech companies and auto makers. Tech companies that were previously talking about future possibilities now know what auto makers actually want in the near-term, and see a chance to save lives well before fully driverless cars are on the road in large numbers.

“A big profound change in the last three years is all the auto makers are talking directly with the lead technology providers — all of them, every single one on the planet — because time is becoming very short and the need to really innovate meaningfully, really meaningfully, is there,” Little said.

An obvious problem, though, is that consumers have been hearing about fully autonomous systems for many years, and now are going to be buying cars with systems that sound like they are more than just a smarter ADAS system. Even some of the players involved fight the terminology: When MarketWatch questioned Huang on the use of the name “Autopilot” for an ADAS system at CES, he forcefully denied that Nvidia’s version of autopilot should be classified as ADAS instead of true autonomy.

“That’s falsely letting people think it is something that it’s not — If you call something autopilot, what do you think it does? Take care of everything,” Caldwell said.

The Edmunds analyst also noted the other end of that spectrum: Car companies that give overly generic names to their systems or just list off features with which consumers may not be familiar. That is especially important as Nvidia sells its Autopilot system into car companies, which can then rebrand it. She pointed to Toyota Inc.’s TM, +0.47% Guardian technology, which was announced on Monday at CES, as an honest name and approach.

“We all have a moral obligation to apply automated vehicle technology to save as many lives as possible as soon as possible,” Toyota Research Institute Chief Executive Gill Pratt said while introducing Guardian. (For more on the different levels of autonomy, watch an earlier CES appearance from Pratt).

The issue for Nvidia technology being branded as ADAS is that rivals have long owned that space. Mobileye is especially well-known for developing and selling ADAS technology, and was acquired by Intel Corp. INTC, -1.29% in 2017.

“We can basically make a human-driven vehicle just as safe as a driverless vehicle by having that same technology kinda trickle down,” said Jack Weast, vice president of autonomous vehicle standards for Mobileye and a senior principal engineer at Intel, later adding that it doesn’t hurt the bottom line either.

”From a revenue and financial standpoint, that’s a very healthy business.”

For investors who have bought into tech companies in the hopes of an autonomous driving boom, the wait is not over, though the companies should still recognize some revenue earlier than they would have by waiting for fully autonomous cars to go into production.

“Things that are more tangible to go into production sooner, you will see the financial results quicker,” Caldwell said.

For example, Little noted that deals he signs now won’t go into production until 2021. But he also disclosed that a pipeline of automotive business that was $3 billion at the beginning of 2018 grew to $5.5 billion by the end of the year.

Investors will still be waiting, but at least could see the light at the end of the tunnel soon, with a lot of road on the other side for the companies that do make it there.

“In automotive, once you get on the top of the hill, you go for a long time,” said Little, Qualcomm’s senior vice president and general manager for the automotive business. “The time constants are painful up front, but very gracious in the back end.”

GoPro CEO: There was no ‘boogeyman’ this holiday quarter