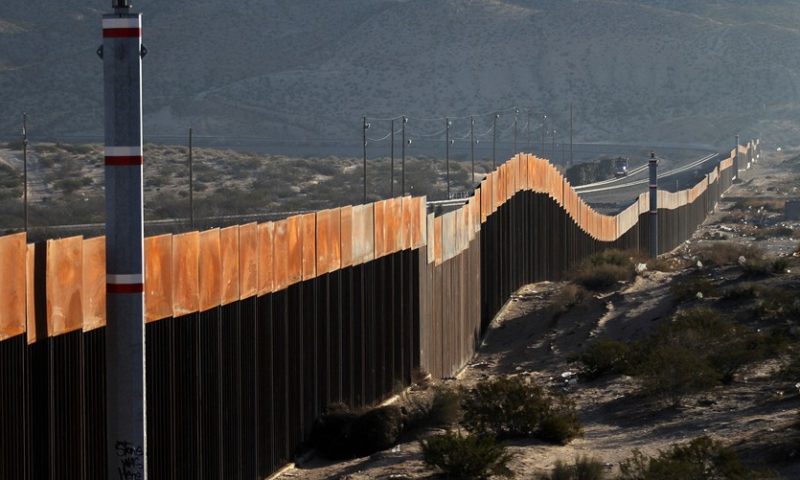 Donors to the crowdfunding effort to support the border wall President Trump wants to build at the U.S.-Mexico border will receive refunds after the campaign misses its target amount.

The GoFundMe campaign was started in December by triple-amputee Air Force Veteran and Trump supporter Brian Kolfage and aimed to raise $1 billion toward the border wall’s $5 billion price tag. The effort had since raised roughly $20.3 million from some 340,000 donors.

But those donors could be getting a refund. “When the campaign was created, the campaign organizer specifically stated on the campaign page, ‘If we don’t reach our goal or come significantly close we will refund every single penny,’” a spokesperson for GoFundMe said in an email to MarketWatch. “However, that did not happen. This means all donors will receive a refund.” (Kolfage did not immediately return a request for comment.)

In an update posted to the crowdfunding site Friday, Kolfage announced that he has formed a Section 501(c)(4) non-profit Florida corporation called We Build the Wall, Inc. to continue his fundraising effort. Kolfage said that his team came to the conclusion that the federal government wouldn’t be able to accept the GoFundMe donations “anytime soon.”

“Our highly experienced team is highly confident that we can complete significant segments of the wall in less time, and for far less money, than the federal government, while meeting or exceeding all required regulatory, engineering, and environmental specifications,” Kolfage said.

We Build the Wall’s website claims that the non-profit has the support of multiple conservative figures including former Milwaukee Sheriff David Alexander Clarke Jr. and former Kansas Secretary of State Kris Kobach.

Donors to the GoFundMe campaign can opt to forward their original funds to that non-profit instead of receiving a refund. If they do not proactively choose to do this, GoFundMe will automatically process the refund.

An NBC News investigation released Friday noted that Kolfage may have created the GoFundMe campaign as a way to harvest email address to push people toward websites he runs that promote fake news. NBC cited interviews with former employees of Kolfage as well as public records such as website archives, Nevada business registrations and property records.

The No. 1 reason Americans still feel broke even if they received a raise last year