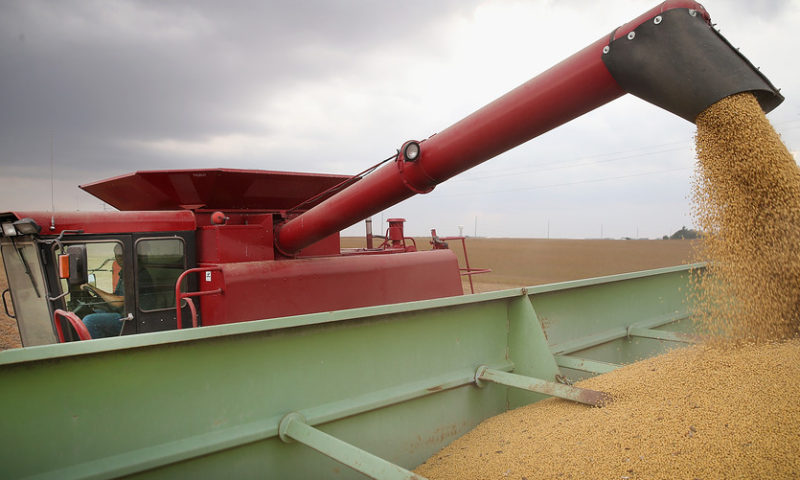 USDA won’t be releasing key reports as shutdown drags on

“United States government-issued agricultural reports are considered the information gold standard by traders throughout the world,” says Sal Gilbertie, president and chief investment officer at Teucrium Trading. “The longer the shutdown lasts, the more the data will have to catch up when reports are finally released,” he notes.

That could cause some problems. It “could mean that potentially significant changes in data levels that would ordinarily be phased into pricing levels over the course of several reports could hit the market suddenly with the release of a single, long-delayed report,” Gilbertie says, “resulting in higher volatility or sudden extreme price movements.”

Because of a lack of funding, the U.S. Department of Agriculture stopped updating several important, market-moving agricultural reports on Dec. 22. That’s when the government officially started its partial shutdown as lawmakers argued over funding for President Donald Trump’s proposed wall for the southern border.

Daily and weekly agricultural export sales are among the data that haven’t been updated. The USDA wasn’t able to release important monthly reports that were due on Jan. 11, including the World Agricultural Supply and Demand Estimates and Grain Stocks reports, because of the “lead time” required for analysis and compilation.

Other key U.S. reports due later this month include Cold Storage, which shows the amount of commodities in freezer storage, and Cattle on Feed, which measures the amount of cattle at domestic feedlots and marketed for slaughter. Once funding is restored, the release date for missing reports will be determined, the USDA said.

China, the world’s largest importer of soybeans, has purchased the commodity from the U.S. since the two nations began a trading truce on Dec. 1. USDA data covering the week ended Dec. 13 showed 1.56 million metric tons in net U.S. soybean sales to China. Once data releases are resumed, “any surprises in the level of U.S corn, soybean, and wheat export sales during the shutdown” would add to price volatility, says Dan Cekander, president of grain-market service DC Analysis.

The lack of information also puts farmers at a disadvantage. They are “completely reliant on USDA’s [supply and demand] estimates in making their marketing decisions, since these reports typically drive grain prices,” Cekander says.

Soybeans are cause for the most concern. “There are so many trade uncertainties at play that the shutdown is adding to traders’ anxiety about where soybean prices are headed,” says Todd Hultman, lead market analyst at agriculture and energy analysis provider DTN. Soybean futures settled at $9.10 1/4 a bushel in Chicago Friday, up 1.7% month to date. Similarly, the Teucrium Soybean Fund SOYB, +0.37% has climbed about 1.6% so far this month, after a loss of 9.5% in 2018.

Amid the shutdown, market participants are left to speculate about whether that U.S. and China can resolve their trade dispute before the 90-day truce ends on Mar. 1. “It is very important that the U.S. and China find common ground,” says Hultman.

Soybeans could climb by 30 or 40 cents a bushel, at least initially, once a trade agreement is reached, says Hultman. However, any “celebratory gain may be difficult to sustain as U.S. soybean supplies are still likely to be burdensome in 2018-2019, [with] around 900 million to a billion bushels of surplus competing with more large crops from Brazil and Argentina,” he says.

Bitcoin steadies, but on track to close out the week in the red