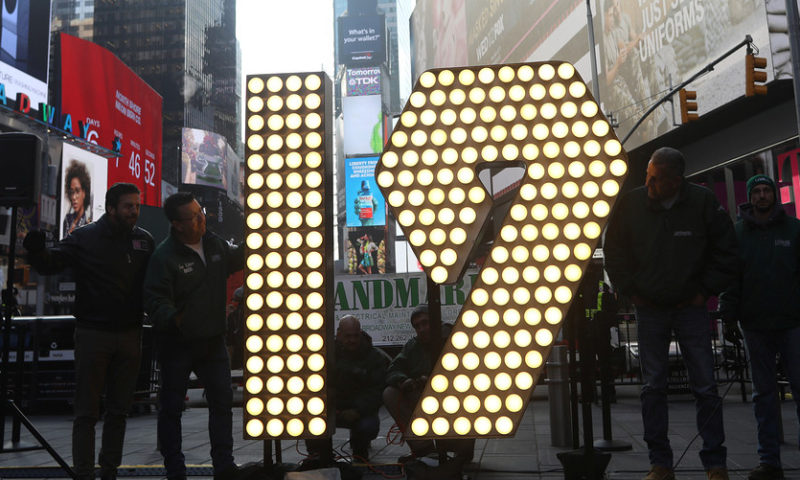 U.S. stock futures pointed to an upbeat final session of trade for 2018 on Monday, as investors drew inspiration from trade headlines pointing to hopes of progress between the U.S. and China.

While Monday’s session may see thin volumes ahead of Tuesday’s New Year’s Day holiday, appetite for perceived riskier assets such as stocks could be getting a lift from trade headlines.

U.S. President Donald Trump tweeted Saturday that he and Chinese leader Xi Jinping had made “big progress” in a telephone discussion about trade, and that a deal was “moving along very well.” But sources close to the talks said Trump may be exaggerating progress in a bid to calm markets, according to The Wall Street Journal.

The report said the U.S. is pushing China to provide details of the proposals it made since the two leaders met in Buenos Aires on Dec. 1, such as opening up the country to foreign investors. Some in the Trump administration have expressed doubt that there will be meaningful progress unless Beijing lays out the exact changes it will make.

A government shutdown is set to stretch into 2019, with both sides at a stalemate over border-wall funding, and most lawmakers away for the holidays.

“Looking ahead into the first few weeks of the new year, we continue to believe the market will climb higher as tactical internal and sentiment extremes moderate, while sucking the optimists back in, before ultimately taking the next leg down in this bear market,” said Jeff deGraaf, chairman of Renaissance Macro Research, in a note. “We see a wide trading range of about 10%, with support [for the S&P 500] at 2,346 and resistance at 2,600.

Most Asian markets were closed ahead of the New Year’s holiday and will remain shut Tuesday. Hong Kong’s Hang Seng Index HSI, +1.34%  rose 1.3%, and was looking at a near 14% loss for 2018, according to FactSet.

Global equities in for a for ‘challenging’ 2019