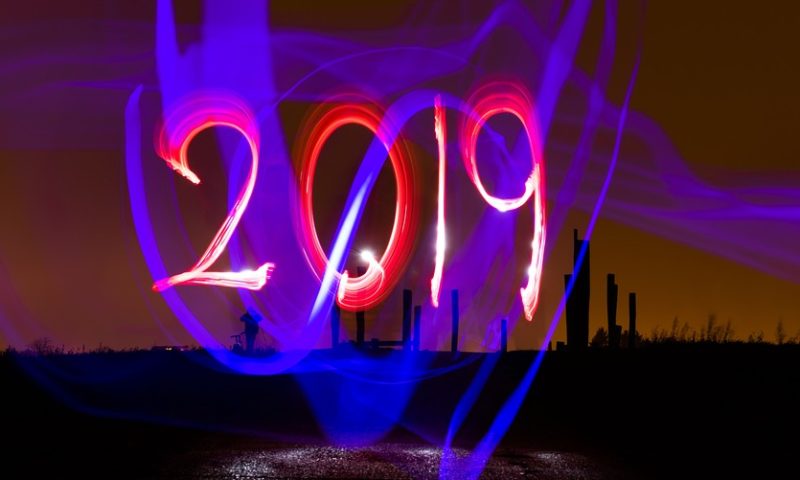 More insight into earnings, trade talks and the Federal Reserve could help set up the next market rebound

A roller coaster end to a downbeat 2018 has stock-market investors desperate for clarity on the market’s path and a return to less volatile price swings. It’s unclear when they will get either.

But bulls hope that progress in U.S.-China trade negotiations, a clearer picture of the Federal Reserve’s policy intentions, corporate earnings, and economic data that’s expected to remain solid could finally give investors the confidence to dive back into equities after a swoon that’s sent major stock indexes reeling.

“Some recent assurances about [Federal Reserve Chairman Jerome] Powell’s job, movement on trade discussions, and while somewhat mixed of late further economic evidence that the U.S. is still growing above trend, will coalesce to form the base for the next sustained rally,” said Mark Luschini, chief investment strategist at Janney, in an email.

“It may take a few months for all these variables to flesh out but we think they do in a positive fashion,” said Luschini.

With stocks posting a series of upside and downside intraday reversals in December, traders have frequently been caught out by the market’s sharp swings. Volatility was underscored by action in over the past, holiday-shortened week, which saw major indexes fall more than 2% Monday to post their biggest Christmas Eve drop in stock-market history only to roar back when traders returned Wednesday to log their biggest one-day gains in years and the largest-ever day-after-Christmas gain, which was followed Thursday by a large rebound from sharp intraday losses.

Still, stock-market bulls contend robust economic data indicates fears of a recession are overdone, meaning it’s only a matter of time before equities finds their bottom. After all, the earlier slide in stocks came in October amid concerns the Fed’s relentless tightening would bring the economic expansion to its last knees. Since then, the central bank has moderated its hawkish language somewhat and the data has mostly held up.

“You could liken this to a forest fire, this has been a conflagration that has been extraordinary, but we’re running out of tinder. Given the intensity of this decline, I‘d we say we’re getting close to a bottom. If the market does move lower, it’s not going to be much more from here,” said James Solloway, chief markets strategist for SEI.

Optimists are looking to January as the month when the stock market’s slide will come to a halt. It may all depend on fourth-quarter earnings season, which will get under way toward midmonth, potentially returning the market’s attention back to U.S. corporate profits and, more important, the outlook for coming quarters.

“The guidance is going to be crucial,” said Quincy Krosby, chief markets strategist at Prudential Financial.

For the fourth quarter, estimated earnings for S&P 500 firms are expected to climb by 12.4%, according to FactSet. Although, that would mark a moderation from a stellar third-quarter, it would still represent the fifth straight quarter of double-digit growth in corporate America’s bottom line.

But in the past few months, investors appeared uninterested in earnings amid concerns they would deteriorate as the boost from tax cuts signed into law in late 2017 began to fade. That should, however, shift the focus away from the bottom line to other measures, such as top-line growth, that will be watched for signs as to the strength of underlying demand, Krosby said.

January could also prove pivotal because analysts will get more direction from the Fed. Minutes from the December meeting of the rate-setting Federal Open Market Committee are due on Jan. 3, while the next meeting is due on Jan. 29-30, offering the central bank the opportunity to further fine-tune its message.

Of course, there’s also the opportunity for January events to compound the pain for stock-market bulls. A raft of torrid economic data, weaker-than-expected earnings, or a stubbornly hawkish Fed could all overturn the market’s diminished hopes for a rebound.

At the very least, the passing of the next few weeks will give market participants a better understanding of whether December’s outsize moves were due to holiday-thinned trading or more structural concerns over the equity market’s health.

“What we do expect is more investor conviction whether market turmoil reflects trending facts or the markets playing tricks on themselves, aggravated by year-end conditions,” said Jim Vogel, fixed-income strategist for FTN Financial, in a Thursday note.

Investors face another holiday-shortened week, with markets closed Tuesday for New Year’s Day. The economic calendar might prove thin thanks to a partial government shutdown that’s seen the Commerce Department postpone a number of data releases. The number crunchers at the Labor Department, however, continue to work, which means investors won’t be deprived of the all-important December jobs report on Friday.