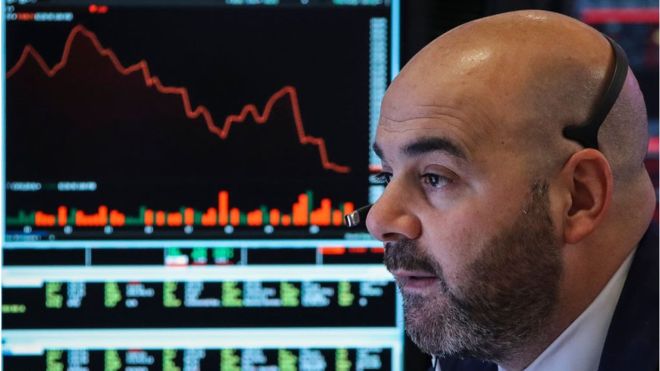 US financial markets were mixed on Friday after a choppy trading session that bounced between gains and losses.

The moves marked a relatively calm end to a wild week of trade, in which US indexes rallied sharply after plunging on Monday.

Many markets have had a dismal year, as investor sentiment soured on fears of decelerating global growth, trade tensions and rising interest rates.

In the US, Friday’s declines were fairly widespread. However, they spared the consumer discretionary sector, which includes retailers such as Amazon.

Amazon shares jumped more than 1% on Friday, days after the e-commerce giant told investors it had a “record-breaking” holiday season.

Analysts cautioned that movements were exacerbated by the lower dealing levels seen during holiday trading.

US shares have been hit this week by weaker than expected home sales and consumer confidence data.

Concerns about US-China trade tensions also resurfaced, with reports saying US President Donald Trump is considering an executive order banning the use of Chinese technology.