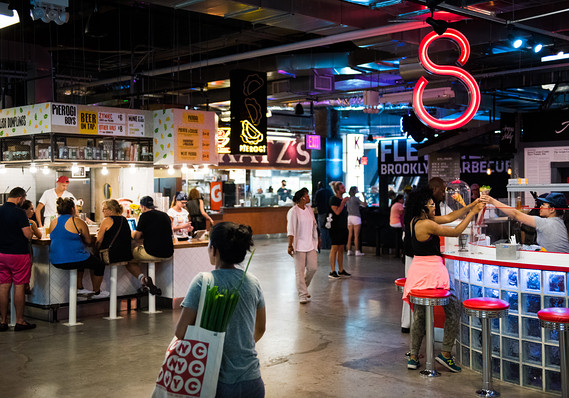 The numbers: The confidence Americans feel in the economy fell for the second month in a row and touched the lowest level since last summer, perhaps a sign that worries about the 9 1/2-year U.S. expansion have spread from Wall Street to Main Street.

The consumer confidence index dropped to 128.1 this month from a revised 136.4 in November, the Conference Board said Thursday. Economists polled by MarketWatch had forecast a 133.3 reading.

Confidence is now at its lowest ebb since July, putting the index almost 10 points below an 18-year peak set in October.

What happened: Consumer confidence doesn’t take its cues directly from what’s happening on Wall Street, but the stock market’s plunge in the past few months is likely reshaping how Americans view the economy.

Wall Street jitters about the U.S. economy might also be weighing on the minds of Americans. Most economists predict the U.S. will slow in 2019 as recent government stimulus recedes and the Federal Reserve raises interest rates.

The present situation index, a measure of how Americans view the economy right now, slipped to 171.6 from 172.7.

The bigger worry is about 2019. The future expectations index — what Americans think the economy will look like six months from now — sank to 99.1 from 112.3. That’s the lowest reading since October 2016 — the month before Donald Trump won the presidential election.

Big picture: The economy is doing well by most measures, but a huge drop in the U.S. stock market over the past few months has dampened some of the enthusiasm. The Federal Reserve is also raising interest rates, a process that tends to slow key segments of the economy such as housing.

What’s more, Investors are worried about an ongoing U.S. trade fight with China and a slowing global economy. The latest drop in consumer confidence won’t offer any consolation.

Market reaction: The Dow Jones Industrial Average DJIA, +1.14% and S&P 500SPX, +0.86% rose again on Thursday, a day after a huge 1,000-point rally in the Dow that was triggered by the White House’s backing off of criticism of Federal Reserve Chairman Jerome Powell.

Markets sank as much as 600 points earlier in the day but recovered in the final hour.

US markets mixed after turbulent week