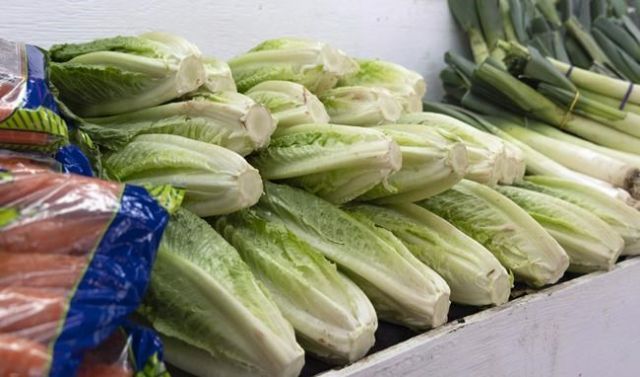 With no new cases of E. coli connected to romaine lettuce detected since mid-November, the leafy green is probably safe to eat again, the Public Health Agency of Canada reported Monday.

In the month before that, 29 people got sick from the bacteria in the lettuce, mostly in Quebec. A handful became ill in Ontario and New Brunswick, and three in British Columbia after travelling.

The tainted lettuce seems to have come from three counties in California and the Canadian Food Inspection Agency has banned imports of lettuce grown there. The U.S. Food and Drug Administration says 59 people have been sickened in the same outbreak in the United States.

E. coli, which is present in feces and sometimes in raw meat, can cause serious digestive problems, including cramps and bloody diarrhea. The government said nobody has died in the outbreak, but 10 people were hospitalized in Canada and two have had severe and lasting complications.

The bacteria in this outbreak is a genetic match for E. coli involved in a similar outbreak in 2017, the health agency reported.

“This tells us that the same strain of E. coli is causing illness in Canada and the U.S. as was seen in 2017 and it suggests there may be a reoccurring source of contamination. Investigators are using evidence collected in both outbreaks to help identify the possible cause of the contamination in these events,” the agency said.

Investigators still don’t know exactly how the lettuce became contaminated, but the agency said people got sick eating it at home and at restaurants. Some people bought whole heads of lettuce; others got it in salad mixes.