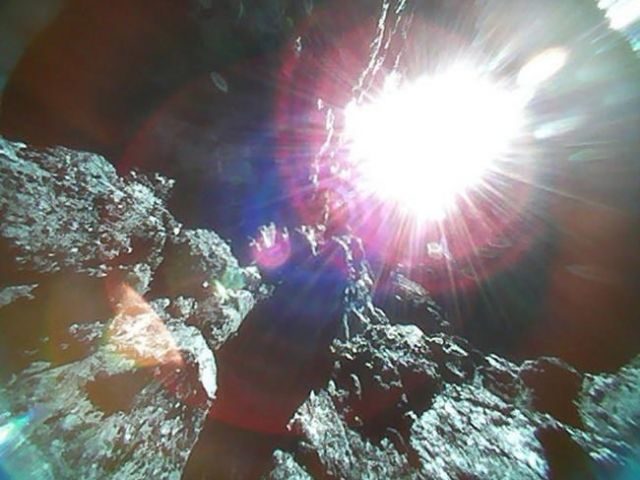 Japan’s space agency says more than 200 photos taken by two small rovers on an asteroid show no signs of a smooth area for the planned touchdown of a spacecraft early next year.

The Japan Aerospace Exploration Agency said Thursday the two solar-powered rovers have become inactive and are probably in the shade, but are still responding to signals after three months, exceeding their projected life of several days.

The Minerva II-1 rovers, which resemble circular cookie tins, were dropped by the unmanned Hayabusa2 spacecraft onto asteroid Ryugu, about 280 million kilometres from Earth, in September to collect data and surface information.

Many of the photos show a rocky surface on the asteroid, presenting challenges for Hayabusa2’s planned touchdown, which has already been postponed from late October after initial images showed the surface was rockier than expected.

JAXA says it has narrowed down potential landing spots and still plans to attempt the touchdown to collect samples. Scientists are analyzing data sent by the rovers to finalize the plans, including whether to have an additional touch-down rehearsal for the spacecraft, JAXA senior project member Takashi Kubota said at a news conference.

One of the two rovers is believed to have travelled about 300 metres by hopping on the asteroid, where gravity is too weak for wheeled vehicles, and has sent more than 200 photos and other data to the spacecraft, which then relayed it to Earth, Kubota said. The other rover took about 40 photos and stopped moving after about 10 days, he said. The lower-than-expected surface temperature of the asteroid may have helped slow the rovers’ deterioration, Kubota said.

He said the data collected so far shows similarities, including the shape and surface, with Bennu, an asteroid being investigated by NASA with its spacecraft Osiris-Rex. The initial findings show the asteroids are more moist and studded with boulders than initially thought.