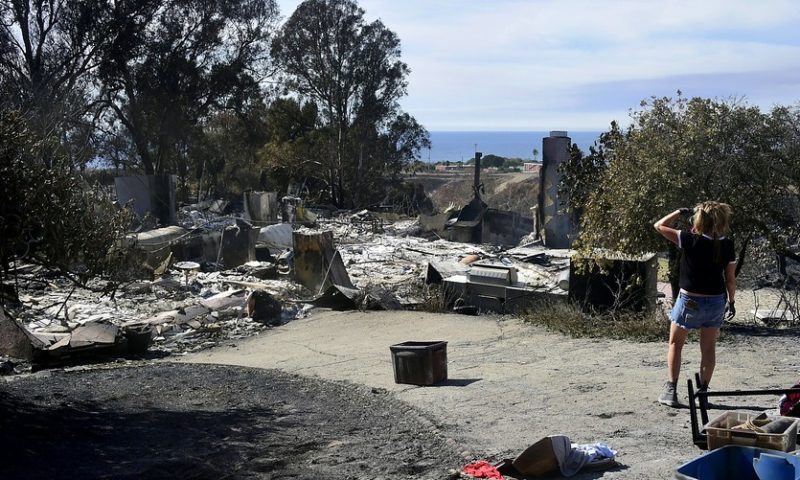 Even in donating, there’s a right way and a wrong way.

California is suffering the deadliest wildfire in state history, with more than 50 people dead and hundreds more missing. The wildfire, known as the Camp Fire, has scorched 135,000 acres in Northern California’s Butte County, while a separate fire in the southern part of the state has burned Ventura and Los Angeles counties. President Donald Trump approved disaster aid for the state, where more than 7,000 structures have burned and another 15,000 are at risk. The fire was 35% contained as of Wednesday afternoon, according to the California Department of Forestry and Fire Protection.

Americans are rushing to donate supplies, food and clothes to help victims. But organizations including the American Red Cross and the Humane Society say victims need cash more than anything else. “We all want to help the victims of the #CampFire, but please don’t send supplies, as the evacuation centers say they have been inundated,” Darrell Steinberg, mayor of Sacramento, tweeted. (Sacramento is 90 miles away from the fires.)

Though Good Samaritans may feel the impulse to help people replace the possessions they lost in the fire, cash is actually the most useful type of assistance, charities said.

“After a disaster hits, the American Red Cross witnesses the incredible generosity of people from across the country who want to help in any way they can with donations of items like clothes, shoes, food and household items, but the reality is, cash donations are best,” the Red Cross said in a statement.

In Southern California, where the Woolsey Fire has ravaged communities, the Humane Society of Ventura County said it was stocked with supplies, but will need more money for items like pet food. Actress Sandra Bullock donated $100,000 to HSVC, which is caring for cats, dogs, donkeys, pigs, horses, chickens, ducks and other pets displaced by the fire. (The organization will care for these animals until the owners can reunite with them, it said.)

The Chico, Calif.-based North Valley Community Foundation, which is supporting evacuation centers near the Camp Fire, said there wasn’t enough storage space for donations of clothing or blankets. “If you have any ability to contribute financially to our fire relief fund, this is the time,” Alexa Benson-Valavanis, president and chief executive officer of NVCF, said in a statement.

Butte County is still accepting material donations, but officials would prefer new items, said Holli Drobny, a member of the county’s public information office. The county also asks that donors separate clothes by gender and size so they can be distributed faster to people who need them, Drobny said. Still, cash and Visa V, +1.87% gift cards are most helpful, she said.

“Our community has definitely pulled through to provide for evacuees, but it was taking too much time to get more organized and see what’s feasible for people to actually utilize,” she said.