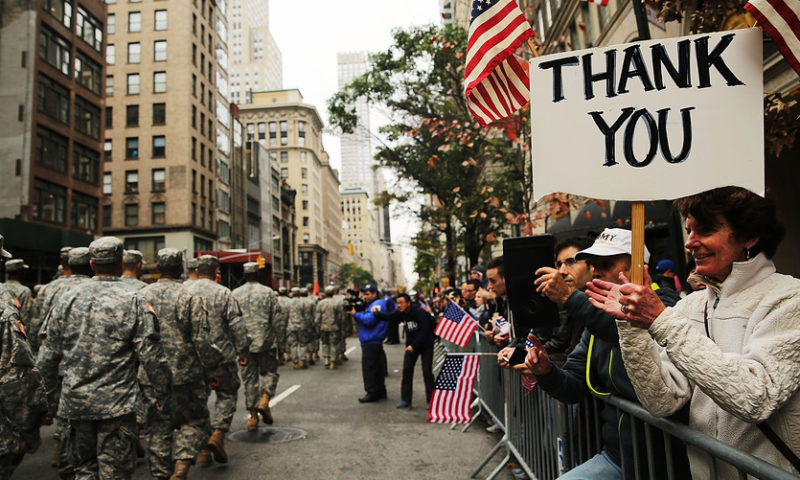 Veterans Day—intended to pay homage to U.S. military servicewomen and men—kicks off on Monday.

As a result, bond markets will be closed on the federal holiday.

Last year marked the first time the bond market didn’t observe the holiday—at least formally—in about a decade because it fell on a Saturday.

As for money transfers, private banks can choose to close, remain open or shorten their hours. The Federal Reserve Bank and all of its offices and branches are closed on all federal holidays, including Veterans Day.

Veterans Day used to be celebrated by stock and bond markets alike, starting as far back as 1938 (some put the date to 1921). Back in 1938, Veterans Day was declared a legal holiday to be celebrated on Nov. 11, known as Armistice Day. The stock market used to observe Veterans Day with a brief two-minute shutdown from 1954 to 2006, but that ended in 2007.

Over the years, the date and name of the holiday has shifted.

The timing of Armistice Day fluctuated: a celebration of World War I veterans and a dedication “to the cause of world peace,” according to military.com’s website.

In 1954, the term “Armistice” was replaced with “Veterans” by the U.S. Congress, in recognition of veterans of World War II and the Korean War. Nov 11 was maintained as the designated day.

In 1968, under the so-called Uniforms Holiday Act, signed by President Lyndon B. Johnson, Veterans Day was moved to the last Monday of October. Another change shortly followed. In 1975, President Gerald Ford moved the holiday back to Nov. 11 starting in 1978, which stands today. That means the day on which the holiday is observed shifts, sometimes occurring outside of the regular workweek.

Bitcoin down 1%, heading toward lowest level of the week