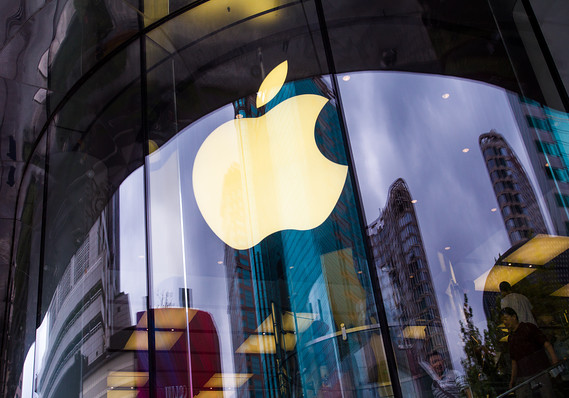 Hopes for a resolution to the U.S.-China trade spat may help to extend the rally

U.S. stocks rallied to close higher Thursday, with the S&P 500 gaining for its third straight session for the first time in six weeks, on cautious optimism that U.S.-China trade tensions could ease in the near term.

Stocks added modestly to their gains after President Donald Trump, in a Thursday morning tweet, hinted at progress in early trade talks with China.

Worries about tariffs remain among investors’ biggest concerns, with U.S. and Chinese leaders set to meet later in November in attempt to resolve differences that have festered into a tit-for-tat trade clash that many corporate leaders say has increased the costs of goods and services.

Larry Kudlow, Trump’s top economic adviser, told CNBC in an interview on Wednesday that a full slate of tariffs on all of Chinese imports may still be avoided: “Nothing is set in stone right now.” He said any additional tariffs would be the result of “policy talks,” not any “arbitrary timeline.”

Apple’s AAPL, +1.54% quarterly results could also help to solidify a tenuous resurgence of bullish sentiment among investors following a bruising period. The iPhone maker’s results could play a bigger-than-expected role in influencing sentiment given that the so-called FAANG — an acronym representing a quintet of technology and internet-related stocks including Apple, Facebook Inc. FB, -0.03% Amazon.com Inc. AMZN, +4.23% , Netlfix Inc. NFLX, +5.17% and Google-parent Alphabet Inc. GOOGL, -0.42% — have been at the center of the recent market turmoil that drove the Nasdaq into correction territory for the first time in two years. Apple stock was up 0.8%.

On Wednesday, upbeat results from Facebook were partly credited with providing some upward thrust after the social-media giant delivered an earnings report that wasn’t as bad as Wall Street feared.

Wynn Resorts Ltd. WYNN, +11.96% shares soared 12% following an SEC filing that indicated that the firm will take out a $500 million loan that will be used in part to buy back stock.

What economic data were in the spotlight?

The ISM manufacturing index fell to a six-month low of 57.7% versus economist expectations of 58.7%, according to a MarketWatch poll. Respondents cited rising costs as a concern. The IHS Markit final U.S. Manufacturing Purchasing Managers’ Index printed at 55.7 for October, up slightly from 55.6 in September. A reading of at least 50 indicates improving conditions.

Nonfarm productivity growth grew at a 2.1% annualized rate in the third quarter versus the 2% consensus estimate, according to FactSet. Unit labor costs rose by 1.2%, versus expectations of 1.1%.

The number of newly unemployed Americans seeking jobless benefits fell in the seven days ended Oct. 27 to 212,000, a touch more than the 210,000 expected by economists surveyed by MarketWatch. This figure remains at historically low levels.

Jeff Carbone, co-founder of Cornerstone Wealth Group, told MarketWatch that “we’re seeing a bottoming process” after a very difficult month for stocks, but that investors will remain cautious in the face of unknowns like the upcoming midterm elections and trends in trade policy. “You saw markets react to the president’s encouraging tweet this morning,” he said, which indicates that investors are hopeful that a resolution to the trade conflict could come soon.

“The midterms are having more of an effect than many people realize,” he added, arguing that a Democratic takeover of the House of Representatives, and the resulting subpoena power, could lead to more investigations of the president and greater political instability in the U.S.

“Equity markets were a sea of green yesterday, as risk appetite remained supported for another day. White House economic adviser Kudlow said that more tariffs on China are not ‘set in stone’, which may have boosted somewhat further market sentiment,” wrote Charalambos Pissouros, senior market analyst at brokerage and investment firm JFD Brokers, in a research note.

Asian stocks generally rose, with only the Nikkei NIK, +2.56% losing ground to fall 1%, and European stocks were higher.