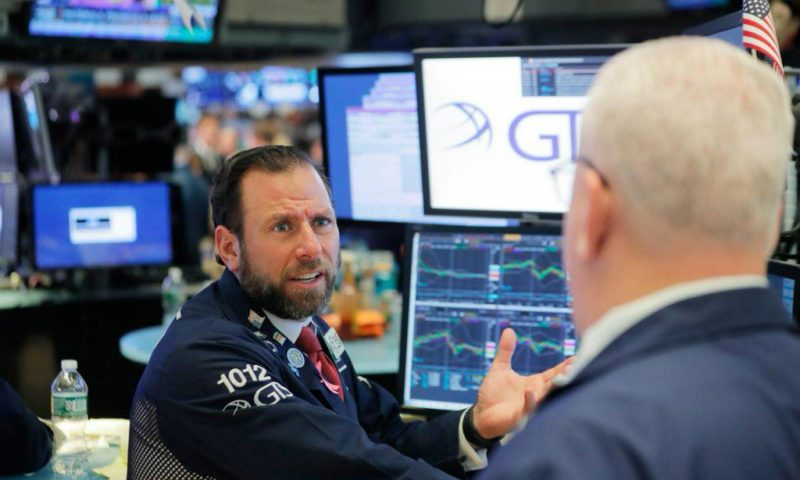 NEW YORK – Robust corporate results helped world stock markets surge on Wednesday, bringing some relief to jittery investors after a brutal October sank equities with one of their worst drops since the financial crisis 10 years ago.

Strong earnings reports in the United States and Europe spurred a broad rally, despite data showing that China’s factory growth slowed to its lowest in two years. Investors rushed into the U.S. dollar, sending it to a 16-month high while the offshore Chinese yuan languished at a 22-month low.

The MSCI world equity index, which tracks shares in 47 countries, rose 1.3 percent, but remains down 7.3 percent in October, its biggest monthly decline since 2012. The index has dropped approximately 11 percent from all-time highs hit in January.

“A lot of these high-growth names have really been in bear market territory because of the slump this month, but the valuation correction is allowing some of the bulls to be opportunistic and to jump in at the right moment,” said Ryan Nauman, market strategist at Informa Financial Intelligence in Zephyr Cove, Nevada.

“Ultimately I’m still of the belief that we are in for more downside and rallies are for selling, but squeezes in bear markets are not normally comfortable affairs,” said Neil Campling, co-head of the global thematic group at Mirabaud Securities.

“I think a 2-3 day battle toward the top of the downtrend. Then we can return to the bigger picture – the mid-terms (U.S. elections), trade wars, rates etc. once a few shorts have been taken out of the tape.”

“Euro zone growth figures have been disappointing and the Bank of Japan is striking a dovish stance at a policy meeting today so there is more room for the dollar to gain from current levels,” said Paul Bednarczyk, director of G10 FX at Continuum Economics based in London.

The Chinese currency was on track for a loss of 1.4 percent in October, its seventh straight monthly decline and its longest losing streak on record.

Oil prices recovered as markets braced for the imposition of U.S. sanctions on Iran next week. [O/R]