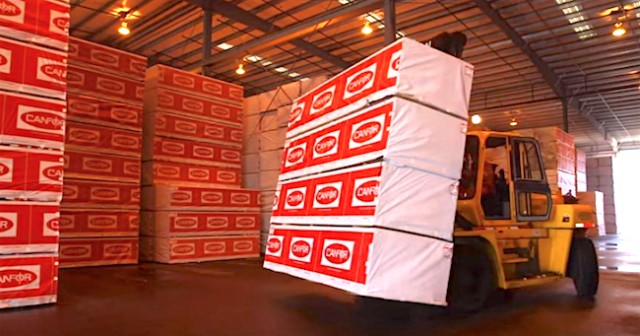 Canfor Corp. says it is temporarily curtailing sawmill operations in British Columbia by about 10 per cent during the fourth quarter.

The Vancouver-based forest products producer says the decision was made due to market conditions, including falling lumber prices, uncompetitive log costs and supply challenges following another difficult wildfire season.

Chief executive Don Kayne says the company is working to mitigate the impacts on employees “as much as possible.”

Lumber production will be reduced by cutting the number of operating days, including immediate short-term curtailments at some facilities and extended downtime over the holidays.

Canfor has 13 sawmills in Canada, with total annual capacity of about 3.8 billion board feet.

Lumber prices soared as U.S. export duties were initially passed on to consumers, but those have subsequently decreased.

Breaking up is hard to do