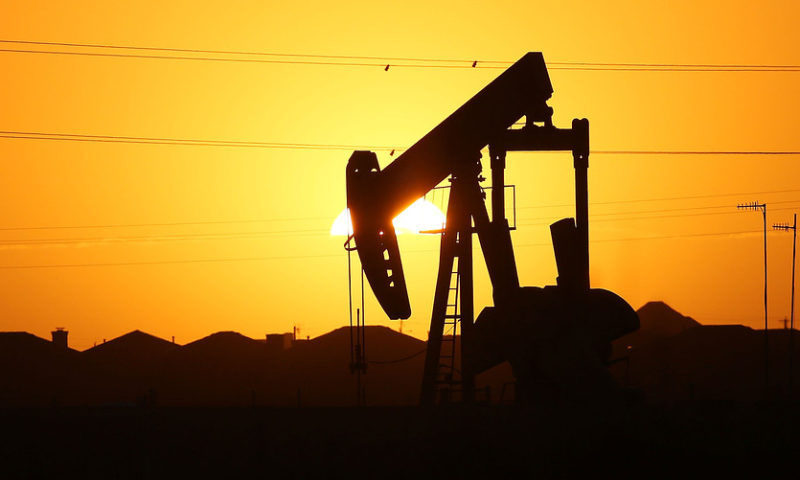 Oil futures ended higher on Friday, with the global benchmark temporarily pushing back above $80 a barrel on worries about potential U.S.-Saudi tensions, but still saw a weekly decline.

President Donald Trump on Thursday acknowledged for the first time that dissident journalist Jamal Khashoggi is likely dead and saw there would be “very severe” consequences if it was determined that Saudi rulers were behind it, without specifying what they would be. Also Thursday, Treasury Secretary Steven Mnuchin pulled out of a high-profile Saudi investment conference scheduled for next week.

While traders had largely ignored the potential for U.S.-Saudi tensions to prompt the kingdom to restrain output earlier this week, concerns in the wake of Trump’s latest statement appeared to give crude a lift, Stewart Glickman, energy equity analyst at CFRA, told MarketWatch.

Saudi Arabia’s existing pledge to increase production is seen as crucial to the Trump administration’s effort to impose renewed sanctions on Iran while keeping a lid on crude prices.

But with “Saudi Arabia sitting on over 10 million barrels a day and the ability to slow down production if thy want to,” it isn’t surprising to see oil pushing higher amid what appeared to be increased “saber-rattling” by the administration, Glickman said. End-of-week short covering by traders who had bet on falling crude prices might also be a factor in the bounce, he said.

Crude prices fell sharply Thursday, with the U.S. benchmark tallying a two-day drop of more than 4% following a fourth straight weekly climb in crude inventories that has seen domestic supplies swell by a total of 22 million barrels over that period. Oil prices were left unmoved by data from oil-field services firm Baker Hughes that showed the number of U.S. drilling rigs rose by four this week.

Oil bulls contend traders might be overly sanguine about the supply outlook.

The Saudis have more than offset the declines in Iranian exports so far, with Iranian exports down by around 700,000 barrels a day in October compared with July, while Saudi production stands near 10.7 million barrels a day, noted Jason Gammel, equity analyst at Jefferies, in a Friday note.

But spare capacity remains at “precariously low” levels and could remain below 1 million barrels a day through the fourth quarter, depending on the effectiveness of U.S. sanctions on Iranian crude and refined export products, he said.

“ While most incremental demand data points have been negative (not the least of which is the steep drop in refining margins) we remain constructive on crude prices given the risks around supply,” Gammel wrote.

Continued weakness in global equities was also a weight on crude this week, analysts said, underlining worries about global growth prospects and dampening demand for assets perceived as risky, including most commodities.

UK firms near point of no return