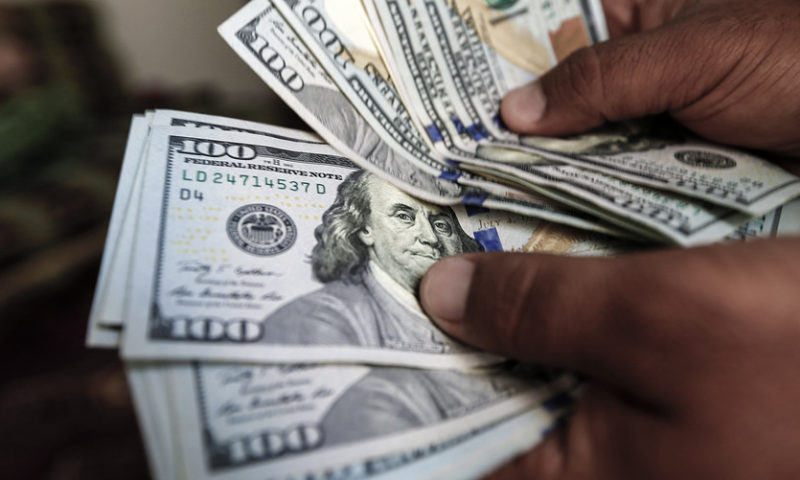 Foreign exchange markets reflected an improvement in risk sentiment after sluggish data on Chinese economic growth was offset by words of support Chinese authorities on Friday.

Also, a European Union official attempted to ease tensions with Italy over the government’s fiscal plans, helping soothe fears of a budget showdown between Rome and Brussels and boosting the euro.

European Economic Affairs Commissioner Pierre Moscovici said Italy was strongly committed to the EU and the euro, and that Brussels was not going to interfere in Italian economic policies. Moscovici said he wanted to reduce tensions with Rome. Moscovici also said the next move was up to Italy after the commission sent the government a letter criticizing its plan to allow the budget deficit to rise to 2.4% of GDP next year, news reports said.

The fear of a budget battle between Italy and the EU over Rome’s deficit-expanding budget plans have been a concern for investors, driving up Italian bond yields and putting pressure on shares of Italian banks.

The eurozone’s third-largest economy is feared to be too big for a Greece-style bailout, and the threat of a budget fight has amplified worries about demand for Italian government bonds after the European Central Bank stops purchasing assets.

The full draft budget law will be submitted to the Italian parliament by Saturday, where it will need to get approved by the end of the year.

Late Thursday, China released its third quarter GDP growth numbers—a highly anticipated data point for investors everywhere as the health of China’s economy has global growth implications. Beijing reported 6.5% growth year-over-year between July and September, down from 6.7% in the prior quarter and undercutting expectations of 6.6%. It is the country’s worst growth read since 2009.

The popular ICE U.S. Dollar Index DXY, -0.36% was meanwhile down 0.2% at 95.708. Its slide deepened after Atlanta Fed President Raphael Bostic said the case of missing Saudi journalist Jamal Khashoggi was a downside risk for the U.S. economy because it could lead to sanctions impacting the price of oil. The gauge is on track for a 0.5% gain for the week, reversing the previous week’s losses.

On the Brexit front, U.K. Prime Minister Theresa May said London would be willing to extend its transition period by a year, which was met with sharp criticism by pro-Brexit members of her own party. An additional year of talks would mean more uncertainty for the battered British pound GBPUSD, +0.3687% for longer. In the year so far, sterling has dropped some 3.5%.

According to a report by the Times of London, former Brexit Secretary David Davis is angling to serve as interim leader in a potential leadership challenge to May amid anger some Conservative members of parliament over the prospect of an extension.

Elsewhere, the New Zealand dollar NZDUSD, +0.6877% was leading top gainers among developed market currencies, buying $0.6585, up from $0.6544 late Thursday in New York, despite a lack of significant headlines.

“On the contrary, there was New Zealand-negative news in that immigration continued to fall in September to nearly a four-year low,” said Marshall Gittler, chief strategist of ACLS Global. “That hit the New Zealand dollar but only temporarily. It looks like investors are just continuing to cut their short positions.”