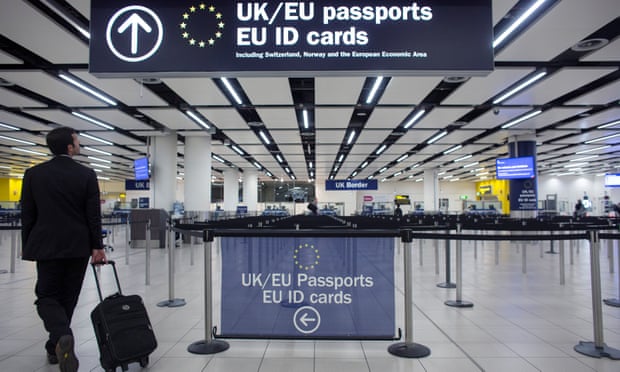 Henley & Partners, the firm at the centre of the Caribbean passports controversy, was among a group of private-sector specialists consulted by the UK government ahead of changes to immigration rules that led to a surge in wealthy Russians and other non-Europeans securing the right to live in Britain.

Theresa May’s Home Office redesigned its visa programme with a view to attracting rich foreign investors, after the coalition had entered government, as ministers pursued investment from global elites.

The changes came as the then home secretary was introducing controversial hostile environment measures, with which she hoped to curb overall immigration. “It is possible,” May told parliament in November 2010, “to reduce numbers while promoting growth and underlining the message that Britain is open for business.”

Established London law firms, accountants and specialists including Henley were invited to a series of events hosted by civil servants in 2010. Firms including KPMG, PricewaterhouseCoopers, EY, Clifford Chance, Eversheds and HSBC bank were among those who responded to a UK Border Agency questionnaire issued in September 2010 as part of the consultation.

The responses informed changes to investor visas, which offer UK residency, that were introduced in March 2011.

New features included a fast track for the super-rich and a reduction in the number of days investors needed to spend in Britain in order to qualify. The annual number of successful applicants for the tier 1 investor visa, as the scheme is known, soared from 211 in the year the Conservatives entered government, to a peak of 1,172 in 2014. It was particularly popular with Chinese and Russian applicants.

“Henley & Partners was one of several firms who attended a roundtable event during the consultation,” the Home Office confirmed.

Henley said it had been canvassed for its expertise but told the Guardian it had “never formally advised” the UK government.

The migration specialist, which has a head office in London and is run by the Swiss businessman Christian Kälin, has helped turn citizenship by investment into a $3bn (£2.3bn) global industry. Henley made its name marketing passports in St Kitts and Nevis and other Caribbean countries to wealthy foreign investors, and now operates a similar scheme in Malta.

The Guardian has revealed how Kälin exerted considerable influence in the Caribbean by introducing donors to political parties and working on election campaigns alongside Alexander Nix, the disgraced former boss of Cambridge Analytica. Henley has dismissed claims that it interfered in elections for commercial gain as “baseless”.

Golden passports and visas are in the spotlight, with European politicians warning that schemes have been used to facilitate money laundering, tax evasion and sanctions avoidance.

Britain’s so-called golden visa scheme allows wealthy families to buy the right to residency in exchange for a £2m investment in government bonds or actively trading British businesses. Unlike Malta, the British government does not employ private sector companies to design or market its residency scheme.

During the 2010 Home Office consultation, policymakers were told by private sector specialists that rich individuals were time-poor, and wanted to be able to apply for visas more quickly, according to sources who took part. Lawyers and migration specialists such as Henley, while not directly involved in running or managing the UK scheme, charge fees for helping clients obtain visas. The companies consulted therefore stood to gain if there was an increase in demand.

On its website, Henley claims to have “regular involvement in the consultation process with the Home Office and UK Border Agency regarding the Tier 1 (Investor) category”.

The Home Office’s March 2011 press release included a quote from Henley. “We applaud the Home Office on the introduction of these new rules,” an associate of the firm said. “With these changes, high net worth individuals will be more likely to choose UK as their preferred country to reside as the physical presence requirements have been sensibly relaxed.”

The redesign doubled the number of days per year that visa holders could spend outside the UK, from 90 to 180. It also offered individuals willing to invest £5m indefinite leave to remain after three years of obtaining their visa, while those putting in £10m or more could apply to settle after two years. Those not prepared to pay the higher sums must wait five years.

However, in 2015 the campaign group Transparency International warned that there were strong grounds for concern that the scheme was being used to launder the proceeds of corruption from around the world. The group pointed out that neither the Home Office nor the banks processing funds from applicants were making proper checks on their source of wealth.

Vetting was tightened in 2015, but even today the Home Office has no idea how many of the individuals who applied for visas fall into the politically exposed persons category. These individuals – defined as current or former public officials and their families – present the highest corruption risk.

In the wake of Russia’s state-sanctioned poison attack in Salisbury, the government announced it would review all 700 visas given out to Russian nationals between the scheme’s launch in 2008 and 2015, because of concerns about money laundering and national security.

“Henley & Partners has never formally advised the UK government,” the company stated. “[We] will always support government policies that encourage prudent and well-regulated investment migration. On multiple occasions, we have also made it very clear to the UK government that due diligence on Tier 1 Investor applicants should be improved and that enhanced due diligence should be carried out on all applicants.”

The Home Office said it had carefully considered a range of responses from open consultation and engagement with a wide range of stakeholders to inform its policy. It added that decisions were taken by the government, taking into account all of the available evidence, and that no outside parties were involved in the final decisions.

Duncan Hames, director of policy at Transparency International, said between 2008 and 2015 there was a “blind faith” period during which 3,000 applicants were granted entry to the UK without checks on the source of their wealth being required.

“The changes lobbied for by law firms in 2010 which were eventually put into law by the government in 2011 made the UK Tier 1 Investor scheme more attractive both to those with legitimate wealth as well as those with illicit funds,” said Hames.

“Due to the increased incentives for investing higher amounts of money, it is likely that far in excess of £3bn was invested through the system during this time.”

Hames said it was not unreasonable that stakeholders in visa programmes should make submissions to the government, “but it’s absolutely imperative that government recognise the interests of those companies, be transparent about their submissions and ensure they receive a balanced array of views on the subject”.

A new leaf: the hardy trees reforesting the Amazon