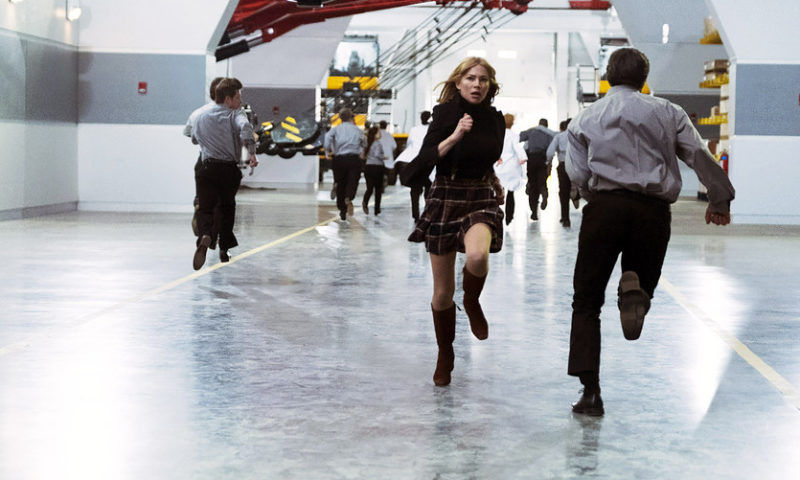 In a rising rate environment, certificates of deposit are increasingly competitive for short-term investing, but there are risks

Certificates of deposit might be thought of simply as a safe haven for cash. But they can pack a punch in the right circumstances.

Since 1967, certificates of deposit (CDs) have outperformed the stock market about 30% of the time on the basis of a 1-year return period, said Brian Karimzad, co-founder and senior vice president of research at MagnifyMoney, citing an upcoming research report from the personal-finance website. The longest period when that occurred was in the early 2000s after the dot-com bubble burst.

That lesson might be of some comfort to investors right now. The Dow Jones Industrial DJIA, +1.15% shed 831 points Wednesday amid the worst sell-off since the market correction that took place back in February. On Thursday, stocks continued their descent, prompting concerns of another correction before regaining positive ground on Friday.

Rate of return notwithstanding, CDs carry another benefit that can make them more attractive than bonds: The deposits are FDIC insured. You can’t lose the money you initially put into a CD, even if you withdraw early. Whereas when selling a bond before it matures, an investor does run the risk of losing some of their principal depending on the market’s conditions at that time, Karimzad said.

Meanwhile, rates on CDs have benefitted from the Federal Reserve’s interest-rate hikes over the past year, making them a more attractive tool for consumers seeking a safe haven for their money.

‘Putting new cash into a CD in response to short-term market volatility is a little bit like yelling ‘Look out!’ to someone right after they’ve been run over by a truck.’
Ben Birken, an advisor with Woodward Financial Advisors in Chapel Hill, N.C.

But that doesn’t mean people should necessarily jump on the CD train just yet. “The lesson isn’t to go and put all your money in CDs when the stock market declines,” Karimzad said. “It shows that you need to have a balanced portfolio.”

In short-term CDs can be advantageous, but they are no replacement for long-term stock market investments. Pulling money out of stocks now would only seal losses in. And funds ear-marked for long-term goals such as retirement are still better off in stocks — if anything, investors can get a bargain by putting money in the market now.

“Putting new cash into a CD in response to short-term market volatility is a little bit like yelling, ‘Look out!’ to someone right after they’ve been run over by a truck,” said Ben Birken, an advisor with Woodward Financial Advisors in Chapel Hill, N.C. “You look to reduce risk before things get bad, not after.”

But when the dust settles on this sell-off, consumers should turn their focus back to CDs, depending on what their investing goals are.

How CDs stack up today

Many online and community banks and credit unions are now offering 12-month CDs with rates at or above 2.50%.

Whether a CD is a worthy investment vehicle will depend on what the money is being used for. For consumers who need easy access to their money, a high-yield savings account or money-market account from an online bank is a better bet, even though their interest rates are lower.

After putting money into a CD, consumers are penalized if they may early withdrawals — they won’t be charged on the principal they initially deposited, but will be docked some of the interest accrued. Penalty-free CDs exist, but come with lower, less competitive rates.

However, CDs are becoming more competitive with bonds. “For all the gnashing of teeth over the stock market, the stock market is still positive for the year, but the bond market is not,” said Greg McBride, chief financial analyst for personal-finance website Bankrate US:RATE “So for a lot of investors, their perceived safe-haven is in the red. That’s what makes cash an appealing vehicle for diversification.”

The yield on a 1-year Treasury bill TMUBMUSD01Y, -0.32% currently stands at 2.672%. Meanwhile, online bank VirtualBank has a 12-month CD that carries an annual percentage yield of 2.68%. And other banks’ CD rates are not far behind.

Not all CDs are created equally

While CDs have become more competitive, some are still worth skipping.

Consumers should also consider holding off on longer-term CDs, including 3-year and 5-year CDs, even though they offer a slightly better rate of return than shorter-term ones.

“The worry with CDs is that with interest rates going up in the near term, so will CD rates,” said Ashley Foster, a financial adviser at Nxt: Gen Financial Planning in Houston. “You do not want to lock yourself into a long term CD if you anticipate rates to go higher.”

A CD ladder can help consumers reduce their risk

With the Fed expected to raise interest rates as many as four times over the next year, there is a risk of locking in a low interest rate even with 1-year CDs. That’s where ladder strategy can come in handy, said Arielle O’Shea, an investing specialist at personal-finance website NerdWallet.

Set aside a chunk of cash and then deposit it into a number of CDs with varying term lengths. As they mature, the consumer can then re-deposit them into a new CD at hopefully a higher rate.

Consumers can also consider bump-up and step-up CDs as opposed to traditional CDs that carry a fixed rate. Bump-up CDs allow depositors to opt to adjust their interest rate (typically once) during the term, while step-up CDs will move the rate higher at set intervals depending on the market conditions. The drawback: They typically come with lower introductory rates than the average 2- or 3-year CD.

Ultimately, when choosing a CD term, it comes down to one question, O’Shea said: “Is that 0.5% premium worth giving up access to your money for a year?”