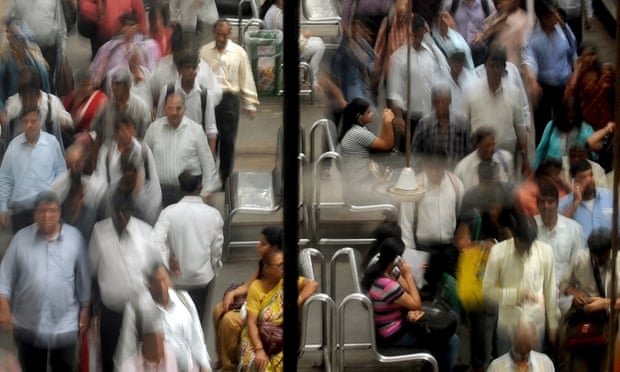 Since we launched this series six months ago, we’ve been inundated with questions from readers about what can be done to address ever-increasing population growth around the globe. The world’s population is on track to hit 8bn in 2023, and almost 10bn by 2050 – all of which means an increasing strain on resources, and more destruction of our natural environment.

The urgency was emphasised this week when a landmark UN report indicated that we have little more than a decade to take decisive action to confront global warming.

As ever, there are crumbs of comfort. In climate news, a Berlin startup has offered €1m (£870,000) to save the ancient Hambach forest from coal mining – and they are not the only tree huggers we have met this week.

In southern Africa, Nicola Davis reported on how effective family planning services and contraceptive education has caused a country with one of the highest fertility rates in the world to decisively reverse the trend.

Of course, not everywhere is overpopulated. Some states still feel they need all the people they can get. In Guinea-Bissau, Ruth Maclean found there is no panic about population growth – in fact, there is room for more people to be welcomed. About 7,000 refugees are due to become newly minted citizens.

For those refugees still stranded in European camps, such as on Lesbos, the upside can seem pretty much non-existent. But Lorenzo Tondo has found a heartwarming story in the shape of an Iraqi-Danish man, Salam Aldeen, who has built a playground for 3,000 children stranded there.

The New York Times reported on the Ghetto film school in Brooklyn, which is addressing Hollywood’s diversity problem by educating almost 700 disadvantaged students in film-making.

Also in the US, a new crowdsourced map helps people on the road find the right bathroom they need – whether they are disabled, transgender or have other special requirements, according to Fast Company.

When people are empowered with knowledge and the means to act on it, then individual children and families have a better future”

– One of the hopeful comments on our Botswana article

There is something really enthralling about getting away from ‘the headlines’ and learning about so many people finding their way in life. Simply and in context”

– A reader inspired by the Guinea-Bissau story

Where was the Upside?

In Chříč, Czech Republic, a new brewery is proving that beer can be used for more than just drinking by employing physically and mentally impaired workers and donating all profits to a local primary school.

Also in the British organisation Protect, which is marking its 25th anniversary by celebrating all the whistleblowers it has helped over the years.

Mexican man refuses to give up lions on his terrace