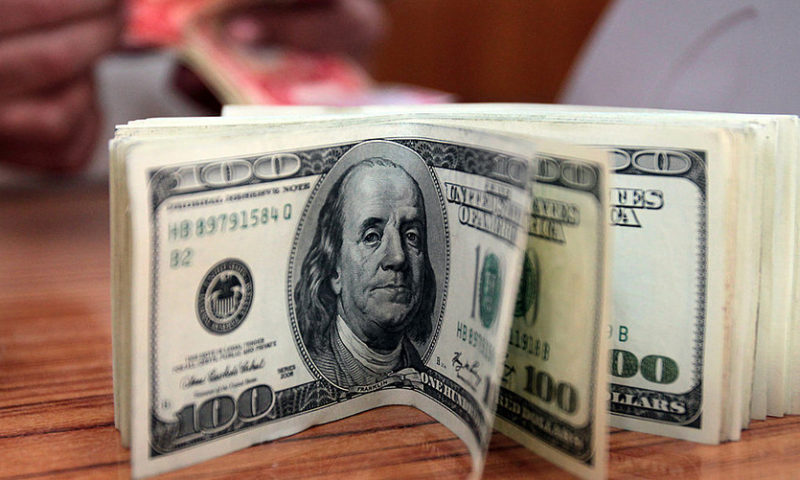 As U.S. equities stumble, the Japanese yen has surged, to ¥113

The U.S. dollar strengthened on Monday against most of its major rivals to begin the week.

“The euro remains under pressure at the start of the week with Italian government bond yields rising further, dragging the 10-year BTP/Bund spread out to nearly 300 basis points, pointing to a weaker euro,” wrote Nick Cawley, analyst at DailyFX. Three hundred basis points is equates to 3 percentage points.

“The latest move higher in Italian yields reflects increasing concerns from the EU Commission that Italy’s budget is a ‘source of concern’ prompting fears of a showdown between the two. Italian 10-year yields have doubled since early May and are likely to test 4.00% in the short-term.”

Meanwhile, the Canadian dollar USDCAD, +0.1929% is trading 0.2% lower against the buck as slumping oil prices weigh on the commodity-dependent currency. The loonie is on a five-day losing streak against its southern neighbor and oil settled lower for a third consecutive session. One dollar last bought C$1.2961, compared with C$1.2942 late Friday.

The Brazilian real USDBRL, -0.0529% surged more than 2% after far-right candidate Jair Bolsonaro won 46% of the votes in the first round of the presidential elections. The man dubbed as the Brazilian Donald Trump is now a favorite to win the final vote Oct. 28.

The move in the real has industry participants eyeing a key momentum indicator. “The low in July/Aug was around 3.6870 in spot terms and that is the next level to watch with the 200-dma just below there around 3.6051 after that,” wrote Brad Bechtel, managing director at Jefferies LLC, referring to the currencies long-term 200-day moving average.

This is how the boomer generation will influence retirement homes