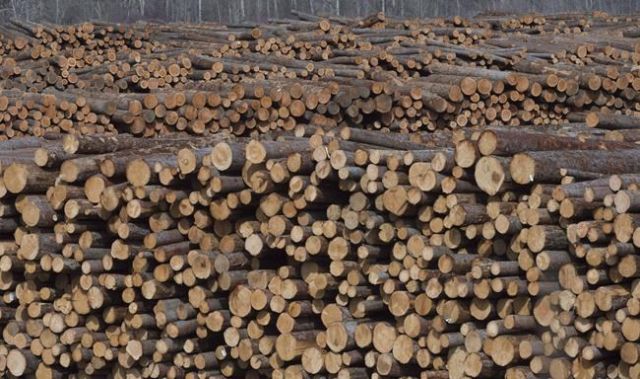 Shares in Canadian forestry companies were down Wednesday after an analyst downgrade and lower-than expected building permits for the crucial U.S. housing sector.

CIBC analyst Hamir Patel said in a note that the bank has reduced its outlook on the industry, including downgrades on Interfor Corp., Resolute Forest Products Inc., and West Fraser Timber Co., as concerns mount about U.S. housing.

“With more warnings signs flashing in the U.S. housing market…we are now moving to the sidelines on all commodity wood product stock,” wrote Patel.

In mid-afternoon trading, Canfor Corp. was down 6.9 per cent, Resolute was down five per cent, Interfor down 4.5 per cent, and West Fraser down 4.3 per cent.

The shift came as the U.S. Commerce Department said Wednesday that applications for building permits, seen as a reliable indicator of future activity, fell by 5.7 per cent in August after a 0.9 per cent rise in July. Permit applications have been down four of the past five months.

The reading is quite a bit weaker than expected and shows that permits have clearly faded from the cycle high in March, said BMO senior economist Robert Kavcic in a note.

“This is consistent with our view that residential construction looks to be largely a wash on overall economic growth at this stage of the cycle.”

The drop in permits contrasted with a surprise 9.2 per cent jump in August housing starts, but Kavcic said it was largely a catch-up move from slumps in the previous two months.

The signs of potential slowing come after a strong run for the industry, supported by tight supplies and a rebounding housing sector that have pushed prices up to all-time highs this summer.