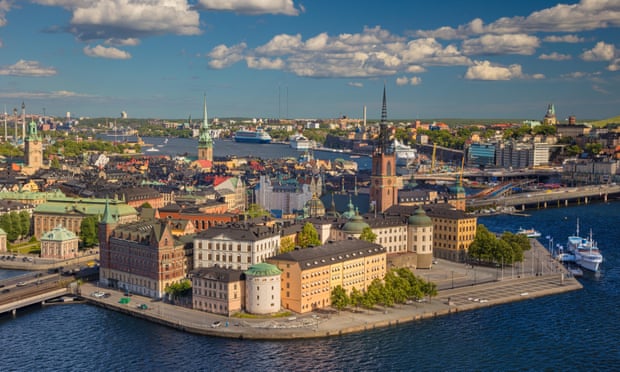 A disagreement between Chinese tourists and a hostel in Stockholm over check-in time has turned into a diplomatic spat between China and Sweden, with Beijing criticising Sweden for violating the human rights of Chinese citizens.

China has demanded an apology from Sweden over three Chinese tourists who Beijing says were “brutally abused” by Swedish police on 2 September. The Zengs, a family of three – a son and his two parents – had arrived at a hostel in Stockholm around midnight, hours before their booking. They were allowed to wait in the lobby until the staff ordered them to leave and police forcibly ejected them.

Video footage shows police carrying the group outside, while the son yells in English: “This is killing. This is killing.” Another clip shows the three lying on the ground crying loudly while the mother wails in Chinese: “Save me.”

The Chinese embassy in Sweden said on Saturday that China’s ministry of foreign affairs and the embassy had “made solemn representations” to the Swedish government “stressing that what the police had done severely endangered the life and violated the basic human rights of the Chinese citizens.”

The incident comes as ties between China and Sweden have come under pressure. The Dalai Lama, the Tibetan spiritual leader who Beijing considers a violent separatist, visited Sweden last week, and China continues to hold Gui Minhai, a Chinese-born Swedish citizen and book publisher, in custody.

News of the altercation has attracted widespread attention in China where the search term “Chinese tourists mistreated by Swedish police” has received more than 130m views and 85,000 posts on the microblog Weibo. Discussion of the incident has turned into a debate about the behaviour of Chinese tourists at home and abroad.

“This is shameful. The image of China has been disgraced in the hands of these people,” one Weibo user wrote. “The Dalai Lama visits Sweden and the foreign ministry uses this incident as a pretext to make a fuss. That’s more embarrassing than the performance of this family,” another wrote.

“These people feel the world should move around them, if not, then they lie down on ground and scream for help,” one commentator wrote in an essay posted on WeChat.

Zeng told the Global Times he had asked the hostel to let his parents, who are elderly with health problems, stay until their room was available. The staff refused and called police to remove them.

“I broke down and lost my mind,” Zeng said. “I was not able to think whether it is was appropriate or not. I just wanted to denounce the police and seek help from pedestrians.”

A manager at the hostel told Swedish newspaper, Aftonbladet, the family had arrived the day before their booking and refused to leave. The hostel said staff called police sometime after midnight, when the tourists began to make verbal threats.

“We only know that we have done everything we could do for this guest, but at the same time we can not accept that our staff are exposed to threats and that other guests will suffer from a threatening situation,” the hostel manager said, according to Aftonbladet.