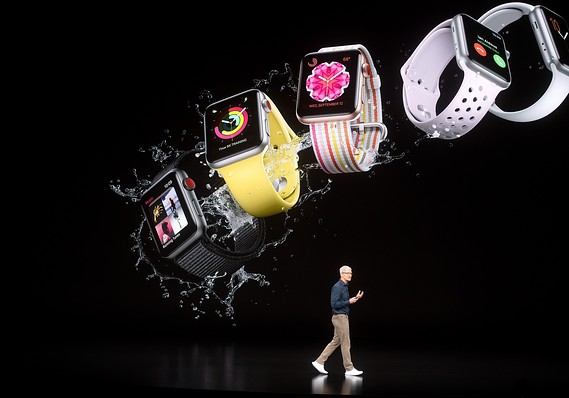 Dow ends above 26,000 for first time in September

U.S. stocks closed higher Thursday, with the S&P 500 up for a fourth straight session on the back of strong technology shares. News that China may be receptive to overtures from the U.S. on new talks also soothed trade-related jitters.

What drove the market?
Investors continue to track trade tensions between the U.S. and China, the world’s two largest economies. But there is some optimism that the Trump administration is giving Beijing another chance to try to stave off new tariffs on $200 billion in Chinese exports. A fresh round of trade talks could take place later this month.

While Wall Street has mostly shrugged off escalating trade tensions, with the S&P about 1% from a record, analysts are concerned that the trade issue, if it worsens, could act as a sizable headwind on growth.

Meanwhile, the European Central Bank made no change on interest rates, and repeated that it doesn’t expect any changes until summer 2019 at least as it remains on track to end its bond-buying program in December. The ECB slightly trimmed its GDP growth forecasts for both 2018 and 2019, and ECB President Mario Draghi said that risks to the euro area’s growth outlook were “broadly balanced.”

Which economic data were in focus?
The consumer-price index rose by 0.2% in August, its fifth straight increase. Economists polled by MarketWatch had predicted a 0.3% gain. Separately, initial jobless claims fell slightly in the latest week, coming in at a 49-year low.

What were analysts saying?
“There are a lot of variables out there. Some are positive, like earnings growth, while others are negative, like the U.S. dollar. Those crosscurrents mean there’s been no real direction in either way, and it makes September something of a scary month for me, because there’s a lack of earnings data and I’m worried the market can be dragged down on light volume because of news flow surrounding tariffs,” said John Thomas, chief investment officer of Global Wealth Management.

Thomas noted that markets have recently been shrugging off tariff news, which he said was a cautious signal. “I wouldn’t way we’re becoming immune to the issue, but we brush it off more every day, and I’m worried markets underappreicate the impact it could have on large-capitalization companies that export a lot. Complacent is a good term for how things stand right now; everyone expects the market to continue going up, and that’s a concern.”

Laban Yu, an equity analyst at Jeffries, predicted that China will accept the U.S. offer for negotiations but doesn’t expect Beijing will make any significant concessions. On the other hand, he believes Trump is under quite a bit of pressure to ease up on trade. “With poll numbers sagging, we believe Trump may settle for face saving ‘concessions’. This offer to talk before additional tariffs are implemented may reveal a weakened hand, in our view,” he said in a note.

“Markets today are moving primarily on China trade [and] tariff news,” said Mark Esposito, chief executive of Esposito Securities in Dallas. “U.S. officials reaching out to China saying they would be amenable to additional trade talks later this month—that’s all it took to get and keep the Dow up triple digits.”

Which stocks were in focus?
Qualcomm Inc. QCOM, +3.99% rallied 4% after it entered into a $16 billion accelerated stock repurchase program.

Fred’s Inc. FRED, -18.05% plunged 18% after it reported a drop of 3.5% in its second-quarter same-store sales. It also reported a drop in revenue and a loss that widened from the previous year.

Kroger Co. KR, -9.93% shares sank 9.9% after it reported its second-quarter results, which included same-store sales that rose less than expected.

Pivotal Software Inc. PVTL, -20.08% shares tumbled 20% after the software company reported results and a forecast that were generally better than expected, though it missed on billings.

Shares of Acorda Therapeutics Inc. ACOR, -2.43% shed 2.4%. The company said the U.S. Food and Drug Administration has extended the review period for a treatment for symptoms of Parkinson Disease.

What were other assets doing?
European stocks were mixed while Asian stock markets closed higher with the exception of Australian equities. The U.S. Dollar Index DXY, -0.08% extended its decline, falling 0.3%.

Oil futures CLV8, +0.31% fell more than 2% as global supplies hovered at a record and Hurricane Florence weakened ahead of its expected landfall.