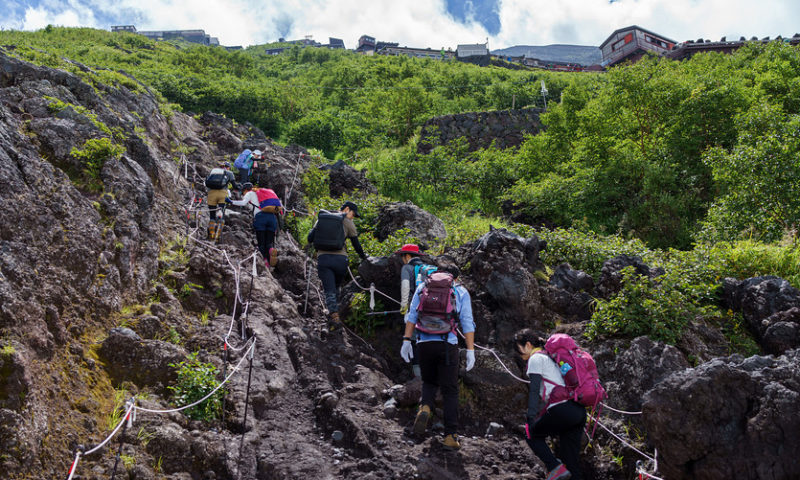 Asian markets rose in early trading Friday although trade tensions between the U.S. and China lingered. While China said it welcomed an invitation for new trade talks with the U.S., an editorial in a state-run newspaper Friday warned that China would not cave to pressure.

“The Trump administration should not be mistaken that China will surrender to the U.S. demands. It has enough fuel to drive its economy even if a trade war is prolonged,” the newspaper said in an editorial, according to Reuters.

In Japan, the Nikkei momentarily notched a seven-month high in early trading before pulling back some, driven by gains in electronics stocks, as hopes grow for U.S.-China trade talks and with the yen USDJPY, -0.13% hitting a six-week low of ¥112.08. The Nikkei NIK, +1.20% was last up 0.8%, with Fujifilm 4901, +4.62% jumping 3.8% and Murata Manufacturing 6981, +5.27% gaining 4.3%. Some energy stocks were down after oil’s strong overnight pullback. After bouncing more than 3% this week, further gains may prove tough as the Nikkei has proven unable to stay above 23,000 since early February’s global-market breakdown.

Chinese stocks were muted following a solid rebound yesterday. The Shanghai Composite SHCOMP, -0.18% was about flat, while the Shenzhen Composite 399106, -0.78% was fractionally lower. The energy sector was off nearly 1% following the pullback in oil prices.

A Look Beyond U.S. Equities into the Canadian Market