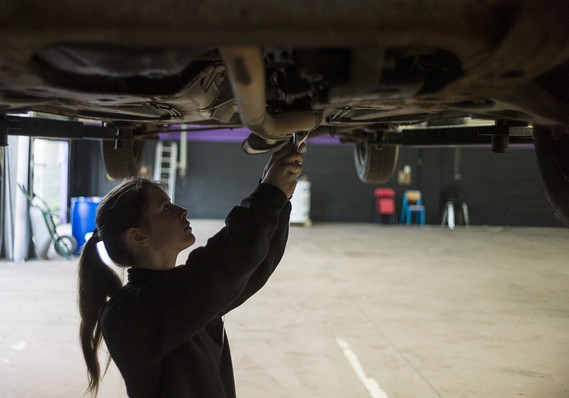 The numbers: The number of job openings in the U.S. climbed to a record 6.94 million in July in a clear sign that a booming economy is entering the second half of the year with a big dollop of momentum.

About 5.68 million people were hired and 5.53 million lost their jobs in July. Such a high level of what economists call “churn” is common in the huge U.S. economy.

The share of people who left jobs on their own, known as the quits rate, rose a notch to a 2.7% among private-sector employees. The record is 2.9%, set in 2001.

The quits rate was 2.4% among all workers — also near a record high. The government began keeping track in 2000.

Workers who switch jobs usually get better pay than those who remain in their old ones. And more people switch when they are confident about the economy.

What happened: Job openings increased the most in insurance, finance and manufacturing.

Big picture: The U.S. economy is booming. Growth surged in the spring and has carried through summer. Unemployment is uber-low at 3.9%, layoffs are at a 50-year low and small-business owners say they are more optimistic about the economy than ever.

Some workers are taking advantage of the strong economy and tight labor market by switching jobs in search of better pay. As a result, companies are offering more attractive pay and benefits to lure new workers or to retain old ones.

Market reaction: The Dow Jones Industrial Average DJIA, +0.44% and the S&P 500 SPX, +0.37% rose on Tuesday to finish higher after a wobbly start. The Nasdaq COMP, +0.61% rose. The stock market has moved lower in September after a big rally in August.

The 10-year Treasury yield TMUBMUSD10Y, -0.49% rose to 2.98% and is flirting with 3% for the first time since June. Wall Street widely expects the Federal Reserve to raise interest rates at its next meeting at the end of September.

From music to news, EU moves to protect online copyright