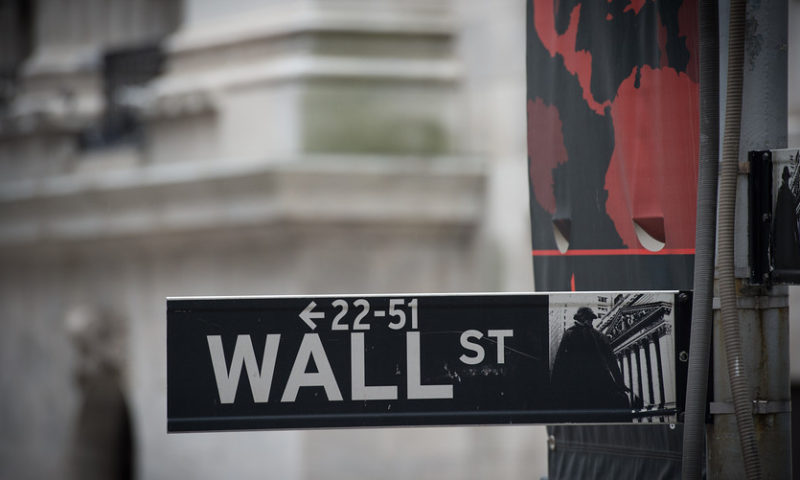 U.S. stocks shrugged off a wobbly start to close higher Tuesday, with the Dow climbing by triple digits, as energy and telecommunications rallied. However, trade worries were simmering below the surface as investors continued to watch the situation between the U.S. and China

Telecommunications were among the best performers while the energy sector got a lift from strong crude oil prices. Tech shares were also notable gainers with megacaps Apple Inc. AAPL, +0.49% Facebook Inc. FB, -0.78% and Microsoft Corp. MSFT, +0.15% all rising sharply.

The gain for Dow component Apple came a day ahead of the company’s annual iPhone event, which could also see the company announce upgrades to other products, including a likely debut for a new version of the Apple Watch.

Unresolved trade issues continued to dog the market after President Donald Trump recently threatened China with fresh tariffs. The latest move by Trump would impact an additional $267 billion in Chinese goods, coming on top of an already-proposed $200 billion in tariffs.

China has vowed to retaliate and plans to ask the World Trade Organization next week for permission to impose sanctions on the U.S. for Washington’s noncompliance with a ruling in a dispute over U.S. dumping duties, Reuters reported. That’s part of a dispute that goes back to 2013.

Investors are worried about a full-on trade war that could have negative implications for global economic growth.

EU and U.S. negotiators met Monday to talk over a pact that would avoid a trans-Atlantic spat. Although there was no major breakthrough, U.S. Trade Representative Robert Lighthizer and European Trade Commissioner Cecilia Malmström said they would meet up again by the end of September and begin hammering out a deal in the coming months.

Investors are also facing negative seasonal issues, as the month of September is historically the weakest of the year, with an average loss of 1.05% since 1896.

Mike Antonelli, an equity sales trader at Robert W. Baird & Co., credited some of the turnaround to an “oversold bounce” as investors returned to the market to look for bargains after the market’s recent losing streak.

The stock market strengthened partly on the back of higher oil prices, which revived interest in the energy sector, according to Colin Cieszynski, chief market strategist at SIA Wealth Management. Oil futures CLV8, +1.01% were up 2.8%.

“You have to watch the trade issue because global supply chains are so complex, and economic growth has depend on the efficiency of these chains,” said Tom Plumb, chief investment officer of Plumb Funds.

“Having said that, people talk about the trade issue as though nothing will happen, or as though the worst-case scenario will happen. We think it will be somewhere in between, and while I would stay away from emerging markets and China for a while, we have so much momentum in the U.S. that I would expect any correction to be short lived,” he said.

Plumb said he was using the recent weakness as an opportunity to buy stocks like Apple. “Any opportunity to have to buy this at a discount, you’ll be well served this year and next,” he said.

Sonos Inc. SONO, +2.66% shares skidded 22% after the speaker maker’s first earnings report since its initial public offering showed a net loss and sales that were worse than those reported in the same quarter a year ago. The speaker maker’s stock had rallied into the release, soaring 13% in Monday’s session.

Tesla Inc. TSLA, +0.20% fell 2.1% after it was downgraded by an analyst who cited the “erratic behavior” of Chief Executive Elon Musk.

Sonic Corp. SONC, +8.23% surged 8.2% after the fast-food restaurant chain gave an outlook that was above expectations.

Which economic reports were in focus?

Small-business sentiment climbed to a record in August, according to the National Federation of Independent Business.

Separately, the number of job openings in the U.S. climbed to a record 6.94 million in July while the U.S. budget deficit in August was $211 billion, nearly double the gap during the year-ago period.

Stocks in Asia had a weak day with the Hang Seng HSI, -0.29% retreating to drag the Hong Kong market into bear territory. European stocks SXXP, +0.21% were also mostly lower.