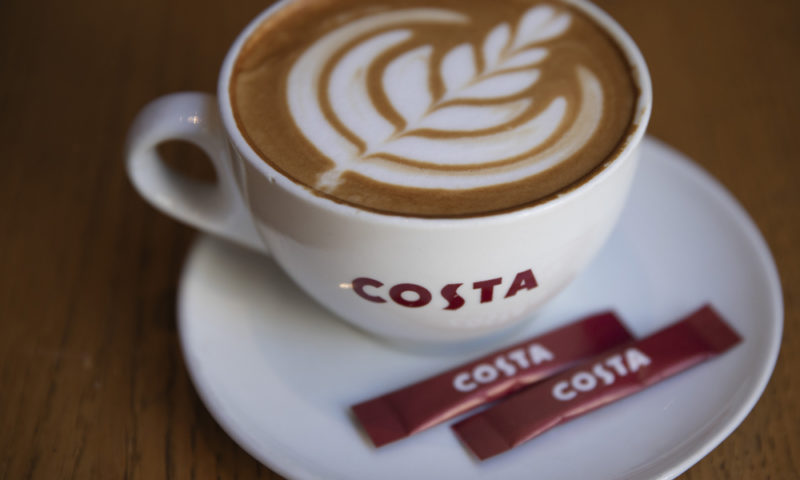 Coca-Cola Co has agreed to buy coffee chain Costa for US$5.1 billion including debt to extend its push into healthier drinks and take on the likes of Starbucks and Nestle in the booming global coffee market.

The purchase from Britain’s Whitbread of Costa’s almost 4,000 outlets thrusts the world’s biggest soda company into one of the few bright spots in the sluggish packaged food and drinks sector.

Paying about 1 billion pounds (US$1.3 billion) more than some analysts had expected, Coke will use its distribution network to supercharge Costa’s expansion as it chases current coffee chain market leader Starbucks and its almost 29,000 stores across 77 markets.

Beyond coffee shops, Coca-Cola CEO James Quincey, himself a Briton who is familiar with the Costa brand, said Costa would provide an important growth platform ranging from beans to bottled drinks in what is one of the world’s fastest-growing drink categories, growing 6 per cent.

But Coca-Cola will face a fight, as rivals are also bulking up in a fragmented market, keen to attract young people prepared to pay out for barista-made drinks and developing tastes for ever more exotic coffees.

The purchase of the biggest coffee chain behind Starbucks adds to Coca-Cola’s drive to diversify away from fizzy drinks and expand its options for increasingly health-conscious consumers, after countries started introducing sugar taxes.

CAFFEINE HIGH
Whitbread shares leapt as much as 19 per cent to a 2-1/2 year high of 48 pounds on news of the deal, which analysts said was priced at a punchy 16.4 times Costa’s latest annual earnings.

“Coca-Cola are one of the few companies in the world that could justify the valuation,” said Nicholas Hyett, equity analyst at Hargreaves Lansdown.

“Its global reach should turbo-charge growth in the years to come, and hot drinks are one of the few areas of the wider beverages sector where the soft drinks giant doesn’t have a killer brand. Costa will get lots of care and attention.”

Whitbread had been in the process of demerging Costa from its hotel group Premier Inn, and the sale marks the latest transformation in a business that was established in 1742 as a brewer and which has also owned sports clubs and restaurants.

Whitbread acquired Costa in 1995 for 19 million pounds when it had only 39 shops. Costa’s maroon shop front is now one of the most ubiquitous sights on British high streets, with 2,422 outlets in the UK and a further 1,399 in international markets, operated as franchises, joint ventures and wholesale outlets.

It has recently expanded into China after growth in Britain became harder to find in a market bursting with chains such as Starbucks, Caffe Nero and thousands of independent outlets.

“(This is) certainly a big coup for Whitbread that they managed to sell Costa at a valuation much above what anyone would have expected,” Bernstein analyst Richard Clarke said.

Whitbread said it would return cash to shareholders, cut debt and contribute to its pension fund with proceeds from the deal and further expand its hotel chain Premier Inn in Britain and Germany.

Asked if Whitbread had been pressured to accelerate the sale by activist investor Elliott and other hedge funds, Chief Executive Alison Britain said no.

“I would imagine they would be as delighted and surprised as anybody else this morning,” she told reporters.

“We were not interested in a sale other than to somebody who had a strategic rationale and therefore would be able to create significantly more value than Costa could create on its own.”