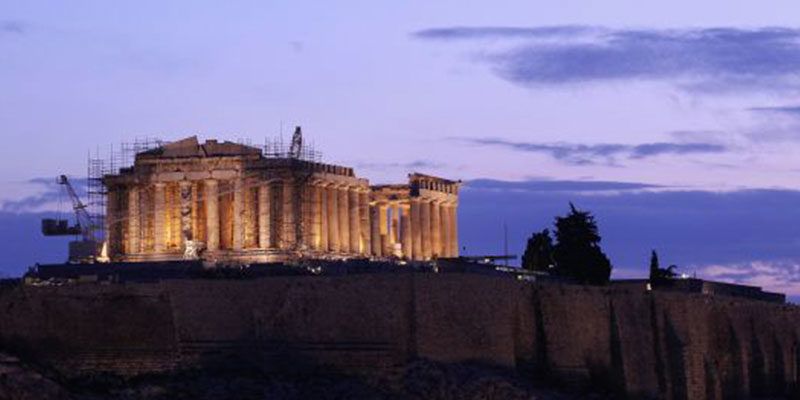 Monday is an historic day for Greece as nearly a decade of external financial help comes to an end.

The Syriza-led government has managed to end a third bailout rescue, implementing all the measures demanded by creditors, despite earlier doubts whether the inexperienced party would manage to complete the arduous task.

“What matters now is to build on this achievement by sticking to sound fiscal and economic policies,” he added.

However, some analysts argue that this is more a “symbolic” moment and there is plenty yet to do to improve the Greek economy. “Both the EU and the Greeks will try to put a positive spin on the end of the bailout, but there is little to celebrate,” Constantine Fraser, European analyst at research firm TS Lombard, told CNBC via email.

CNBC looks at what the completion of Greece’s third financial rescue means and how markets are set to react.

What does ending a bailout program mean?
As of Monday August 20, Greece will be a self-financing nation, so will no longer receive regular financial tranches from its European creditors.

As a result, whenever Athens finds it suitable, Greece will be able to tap financial markets to fund its activities — just like any other country in a relatively healthy economic situation.

Why is it important?
The first time that Greece asked for financial help was in 2010, when the country’s public debt pile became so high that investors were no longer willing to keep financing Athens.

Since then, Greece has relied on European creditors and the International Monetary Fund (IMF) to keep its finances afloat. The financial crisis was perpetuated by a number of political events, including the historical spat between former finance minister Yanis Varoufakis and other euro zone finance ministers.

As a result, Greece is the last country in the euro zone to end a financial assistance program on the back of the sovereign debt crisis. Portugal, Ireland and Spain (Madrid only requested some help towards its banking system) have all came back from the brink.

After eight years of economic turmoil, Greece can finally claim financial independence. And European institutions are also happy to officially turn the page on the financial crisis that seriously dented the continent’s economy.

How will the markets react?
“On Monday, there might be some positive movements in Greek bond markets, responding to a feelgood factor on the day, but I’d expect most of the news to already be priced-in by now,” Fraser from TS Lombard said.

The yield on the 10-year Greek bond is at about 4.3 percent — the highest across the region.

Analysts have pointed out that Greece ends this third rescue with a “massive cash buffer”— meaning that it won’t need market help for nearly two years.

This buffer stands at 24.1 billion euros ($27.4 billion), thanks to money that Greece put aside during the financial program and tranches from European creditors. The amount is expected to cover all sovereign needs for the next 22 months. This means that Greece won’t have to tap the markets in the coming year-and-a-half, unless it thinks there are favorable conditions to do so.

“Greece has build up a massive cash buffer, so they wont have to tap bond markets, in theory, for roughly two years. So the end of the bailout programme on Monday should not have an impact on the bond yields,” Carsten Hesse, European economist at Berenberg, told CNBC.

Nonetheless, he warned that there could be some contagion risks from other market events that could affect the performance of Greek bonds on Monday.

On the back of the ongoing economic turmoil in Turkey, Greek bonds saw “a little bit of contagion last week,” Hesse said. “But luckily, Greek banks have very, very little exposure to Turkey and trade between Turkey and Greece is also little. So, in theory, there should not be an impact (in the bond market).

“The threat is more politically. If a larger part of the (exiled) 3.5 million Syrians would come to Greece due to a potential massive crisis in Turkey, it would be a big political problem for Greece and could impact the standing of Prime Minister Alexis Tsipras.”

Greece is one of the main arrival points of Syrian refugees, which has caused several controversies at the European level. The EU made a pact with Turkey to stem the number of refugees crossing to Europe — something that could be at risk if the economic crisis there exacerbates.

Other analysts nonetheless, argue that Greece has yet to rebuild its reputation.

“Now Greece needs to bring confidence to the markets both by political actions and by the country’s gradual exit to the markets,” Constantinos Zouzoulas, head of research at Axia, told CNBC via email on Saturday.

Nevertheless, in the short term, and despite the program exit, Greek government bonds most likely to continue to be impacted by the turmoil in the neighboring countries, since, although not directly exposed, Greece is seen as a weak link,” Zouzoulas added.

How’s the future for Greece looking?
“It is a historic day for Greece and will likely be used heavily by the current government coalition, with a view on the 2019 parliamentary elections,” Ricardo Garcia, chief euro zone economist at UBS, told CNBC via email.

Ahead of a general election next year, Tsipras will want to sell this moment as a key milestone that he and his party managed to achieve. Syriza is currently second to opposition party New Democracy in opinion polls — a position that the left-leaning party wants to reverse.

“(The end of the bailout) should also strengthen business and consumer confidence in Greece, as well as entice more foreign direct investment,” Garcia said.

After a decade of economic turmoil and about 260 billion euros in bailout money, Athens seems to be slowly returning to growth. It registered a positive growth rate of 1.4 percent in 2017, after contracting 0.2 percent in the previous year.

According to forecasts from the European Commission, the country is set to grow 1.9 percent in 2018 and 2.3 percent the year after. But Garcia, like other analysts, warned that “there is much more to be done, looking, for example, at competitiveness rankings.”

“However, Greece has already made a huge adjustment on the fiscal and current account side,” he added. “Nonetheless, it is important that fiscal discipline remains in place, and that reforms continue.”

What stocks should you buy with the market at a record high?

Low Carb Diets Have Been Linked to an Early Death