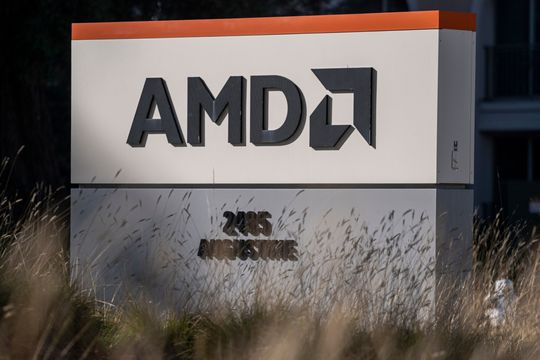 AMD’s stock is up sharply after a Barclays upgrade

Shares of Advanced Micro Devices Inc. were rising more than 6% in Monday morning trading after Barclays turned bullish on the chip name, writing of the potential for AMD to continue eating into Intel Corp.’s business.

AMD currently has a low share at Meta Platforms Inc. META, +2.80%, according to Curtis, but he anticipated that AMD’s share there will grow once Meta reaccelerates its spending. Intel “won’t have an answer until Granite Rapids/Sierra Forest,” Curtis continued. That’s “slated for 2024 but more likely arrives in 2025.”

“The handset market has been correcting since 2H21 but we do see the softer guides for Q123 as potentially the last major cut,” he wrote. “China reopening is a big theme for 2023 and we believe the headwinds in China can shift to tailwinds in the 2H.”

Curtis is also upbeat about the potential for Qualcomm to see “sustained growth” from the automotive category and from the Internet of Things, which refers to connected devices.

“IoT is a broad category and we do see some continued cyclical headwinds but we believe QCOM can see longer-term tailwinds from Edge compute, ARM PCs, and AR/VR,” he noted, referring to augmented reality and virtual reality.

Curtis upgraded Skyworks Solutions Inc.’s stock SWKS, +6.36% to overweight from equal weight as well, noting that the company could benefit if Apple Inc. AAPL, +2.35% brings WiFi 6E to the iPad this year.

Skyworks shares are ahead more than 4% in Monday morning trading, as are shares of Qualcomm.

At the same time, he cut his ratings on Applied Materials Inc. AMAT, +4.11% and KLA Corp. KLAC, +2.83% to underweight from equal weight, warning that the stocks may have run up too much despite potential 2024 challenges in memory, foundry, and logic.