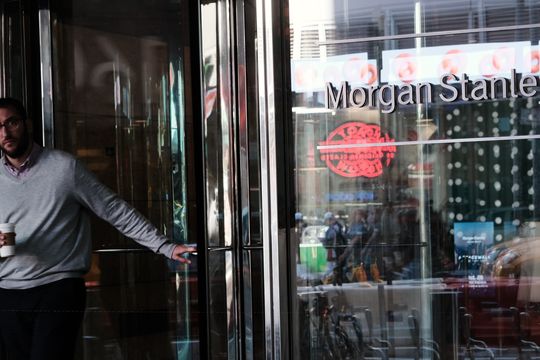 Wilson has been one of the Wall Street’s most vocal bears, and correctly predicted this year’s stock-market selloff. But he sees a “terrific buying opportunity” ahead, with his call that stocks will make a new low in the first quarter.

“You’re going to make a new low sometime in the first quarter, and that will be a terrific buying opportunity,” he said in a CNBC interview on Sunday. “Because by the time we get to the end of next year, we’ll be looking at 2024, when the earnings will actually be accelerating again.”

While the year-end 2023 target might seem unexciting compared with the current level, Wilson thinks the path “will be quite volatile.”

After getting some “pushback,” Wilson and his team explained their call in more detail Monday, in a note that including three additional points to consider through the end of 2023:

First, the S&P 500 will not break before the labor market does. Instead, it will give the possibility of a soft landing outcome “the benefit of doubt.” The equity benchmark is currently trading above its 200-week moving average of 3,639 (see chart). He also sees potential for the rally to have further legs to 4,150 or more through the end of 2022. 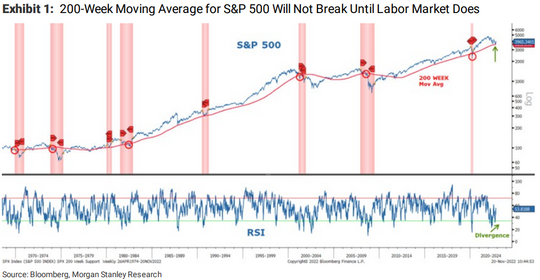 Wall Street’s main indexes opened higher on Tuesday as a fresh round of COVID-19 shutdowns in major cities of China continued to weigh on Wall Street. The Dow Jones Industrial Average DJIA, +1.18% rose 0.6% and the Nasdaq Composite COMP, +1.36% gained 0.1%.