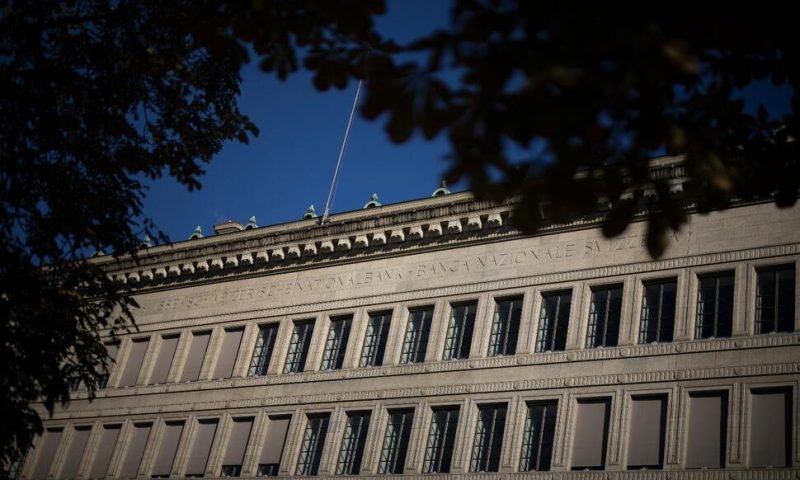 Switzerland’s central bank has carried out the biggest hike ever to its key interest rate.

GENEVA  — Switzerland’s central bank carried out the biggest hike ever to its key interest rate Thursday, following the U.S. Federal Reserve and other central banks around the world in aggressive moves to clamp down on inflation.

The Swiss National Bank could not rule out that further increases beyond the rise of three-quarters of a percentage point “will be necessary to ensure price stability over the medium term,” said Thomas Jordan, chairman of SNB governing board.

It aims to cool off inflation that came in at 3.5% in August, which is much lower than the record 9.1% in the 19 neighboring European Union countries that use the euro.

The Swiss rate increased from minus 0.25% to 0.5%, ending several years of negative interest rates — a testament to the stable growth, low-inflation environment, coupled with Switzerland’s appeal as a safe haven for assets.

In essence, that negative interest rate environment meant that people who parked assets in Switzerland paid for the privilege, a counterintuitive idea for many investors who might expect a return on their savings.

Some economists have said that Switzerland appeared less vulnerable to inflation pressures because the cost of living in the wealthy Alpine country is relatively high compared to its main neighbors: European Union countries.

A recent surge in the value of the Swiss franc compared to the euro, for example, has caused many Swiss consumers to cross the border into neighboring countries like France or Germany to buy gasoline and other consumer goods that suddenly are relatively less expensive there.

Jordan said the bank would “intervene in foreign exchange markets to steer monetary conditions” if “exchange rate movements are excessive so that you have a massive appreciation” in the franc.

The Swiss currency dropped more than 1% against the euro after the bank’s announcement, with economists saying some investors may have expected an even bigger hike.

The move comes a day after the Fed raised its key rate by three-quarters of a point for the third consecutive time and signaled that more increases were ahead.

The European Central Bank also hiked by that much earlier this month, and the Bank of England is under pressure to move aggressively at its meeting Thursday.

Switzerland is not an EU member, but most of its economic activity is done with the giant 27-nation bloc.

Swiss-EU ties have been strained in recent years over issues including more than 100 bilateral agreements that the two sides have struggled to renew and demands of some populist politicians in Switzerland to limit the number of EU citizens who can live and work in the country. That concept greatly unsettles Brussels, because one of the EU’s central principles is free circulation of people within its member states’ territories and with other partners in the so-called Schengen zone.