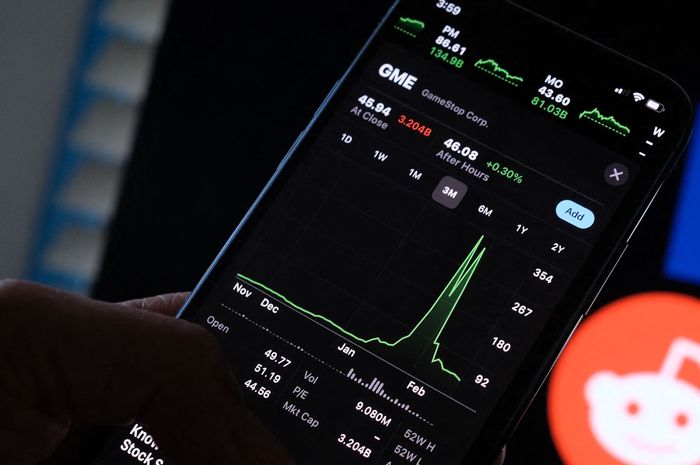 The unofficial meme-stock index took a uniform pounding on Wednesday, with major names down significantly, and even a meme rotation into clean-energy names looked to slow down as retail investors found themselves playing an uneventful game of Whack-a-Mole trying to find heavily-shorted stocks to play for squeezes.

But while the trading was ugly, retail investors took a macro thrill in signs that legal waters are getting choppy for their old frenemy Robinhood HOOD, -1.79%.

Ur-memes like GameStop GME, -2.04%, AMC Entertainment AMC, -1.30%, Blackberry BB, -0.57% and Koss KOSS, 0.41% all closed down to continue a rough weekly trend, and even new names like Clean Energy Fuels Corp CLNE, 0.25% and Canoo GOEV, 3.32% could not benefit from what seemed like early-week momentum of meme-stock traders plunging into renewable and green-energy names.

But one name did manage to capitalize on that still-barely-breathing trend.

Camber Energy CEI, 17.54% closed up 6.2% after surging more than 30% in early trading. Camber, which saw a massive spike in social-media interest from retail traders on WallStreetBets, according to data from HypeEquity, also started the day as one of the most heavily shorted stocks on the market.

For Camber, the old alchemy of heavy short interest and high social-media interest combined to give the natural-gas outfit big meme energy on Wednesday.

But not all was dark and dreary on Reddit boards Wednesday, thanks to more potential legal schadenfreude coming from Robinhood HQ.

In yet another class-action lawsuit filed on behalf of retail traders related to the zero-commission trading app’s decision to halt trading on meme stocks on Jan. 28, at the height of the chaotic short squeeze, it was alleged that internal communications at Robinhood appear to indicate that the company’s chief operating officer was unloading his shares in AMC just days before the app restricted trading on the stock.

According to the filing, Jim Swartwout told colleagues via an internal chat on Jan. 26 “I sold my AMC today.”

He followed up by warning fellow Robinhooders that “FYI – tomorrow morning we are moving GME to 100% – so you are aware,” apparently referring to raising the margin maintenance costs required for Robinhood to allow users to trade the super-volatile stock by 100% on Jan. 27, one full day before the decision to restrict access was made.

On Jan. 28, the company did restrict trading on both stocks, and others, after realizing it could no longer satisfy its clearinghouse obligations with the liquidity it had on hand.

That move would have potentially protected Swartwout from taking losses on AMC shares that had surged almost 900% that month but would fall by 56% in the following days after Robinhood cut off access on its platform.

The lawsuit was circulating widely by Wednesday afternoon, prompting a surge of subreddits dedicated to speculation on Swartwout’s personal stock trading and a flurry of tweets casting suspicion on the purported stock dealings, and using them as yet more potential evidence to prove that anti-retail chicanery was a very real phenomenon at the height of January’s squeeze.

Neither Swartwout nor Robinhood responded for comment on the lawsuit.