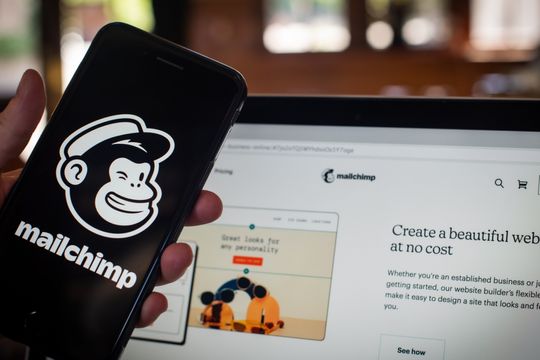 TurboTax maker Intuit Inc. agreed to buy email-marketing pioneer Mailchimp for about $12 billion, in a move aimed at capitalizing on the growth of small and midsize businesses.

The cash-and-stock deal for closely held Mailchimp would be Intuit’s INTU, -1.76% largest deal ever and set it up to offer more services to small businesses such as marketing and customer-relationship management.

Mailchimp, established in 2001, is based in Atlanta and is still owned by founders Ben Chestnut and Dan Kurzius, according to its website. The company, which hasn’t taken any outside funding, began as a web-design agency and ran an email-marketing service on the side that later became its focus. Today it also offers other digital-ad services and customer-relationship- management tools.

Already popular among small businesses, Mailchimp became something of a household name in 2014, when it advertised on the first season of the hit podcast “Serial.” The company now serves 2.4 million monthly active users, including 800,000 paying customers. Half of its customers are outside the U.S. It had about $800 million in annual revenue last year, a 20% rise from the year earlier.