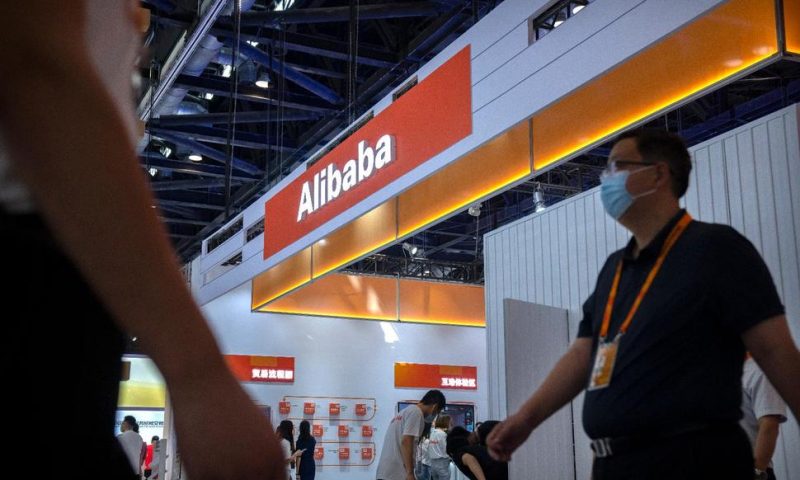 Alibaba said it will invest in 10 projects for job creation, “care for vulnerable groups” and technology innovation. Its 100 billion yuan ($15.5 billion) pledge includes 20 billion yuan ($12.5 billion) for a fund to “cut income inequality” in the company’s home province of Zhejiang, south of Shanghai.

Alibaba and other Chinese tech giants including games and social media service Tencent Holdings Ltd have announced plans to invest in social welfare, technology development and other ruling party priorities in response to pressure to align with Beijing’s political and economic plans.

Xi’s “common prosperity” campaign calls for spreading the benefits from China’s economic growth more widely and narrowing one of the world’s widest gaps between an elite with more billionaires than the United States and the poor majority in the 1.4 billion population.

“We firmly believe that if society is doing well and the economy is doing well, then Alibaba will do well,” CEO Daniel Zhang said in a statement.

Beijing has launched anti-monopoly, data security and other crackdowns on internet industries since late 2020 in an effort to tighten control over companies the ruling party worries might be too big and independent.

The ruling party tolerated a widening gap between China’s rich and poor as the economy boomed over the past three decades. Xi, who took power in 2012, has called for renewing the party’s “original mission,” which includes eradicating poverty, raising incomes and directing investment toward strategic technology and other initiatives.

Alibaba reported a profit of 45.1 billion yuan ($7 billion) in the quarter ending in June.

Founder Jack Ma, who stepped down as chairman in 2019, has long been one of China’s most prominent charitable donors. His foundation shipped medical supplies to Africa during the coronavirus pandemic and has given to education, health and environmental causes.